Quadruplets delivered at LBJ Hospital over the weekend 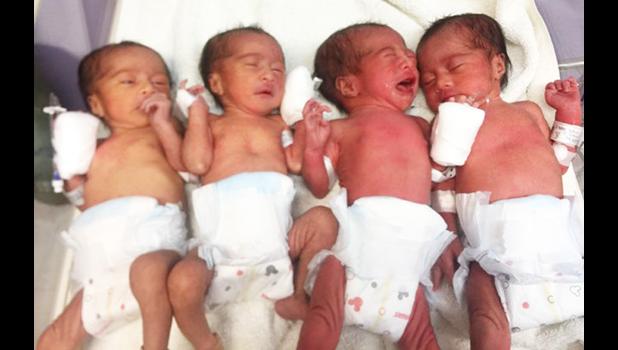 Samoa News confirmed with a source that the babies were born on Friday via a successful c-section and as of press time, it was unconfirmed if this is the first time ever that quadruplets have been delivered at the LBJ Medical Center.

A family member told Samoa News that at first, the parents were told that they were expecting triplets — three babies. But there was a fourth baby — all of them, girls.

With the new additions, the couple now has 7 girls and 4 boys.

The newborns were all born healthy but are being monitored as they are considered premature.