Ready for a dip? Take a look at the new Rotary Community Pool 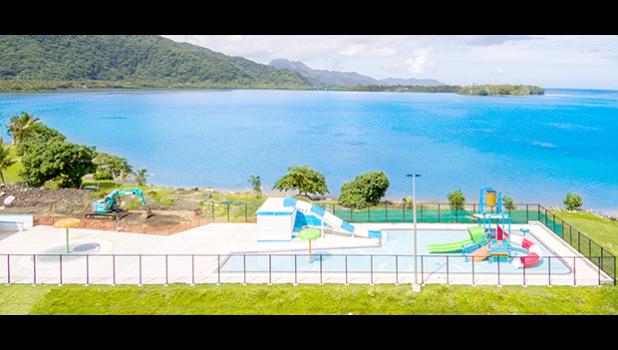 A recent aerial photo of the Rotary swimming pool project in Lions Park taken by Aaron Hall owner of Six84 Aerial, an FAA certified commercial drone operation with a certificate of approval to operate in proximity to the airport.  Thanks Aaron for the fab photo.

Long in the making, the pool project first went before the PNRS board in 2009 where it was emphasized that the project is to serve as a recreational facility for families and an important part of it is to serve as a training place for teaching the public about water safety and swimming.

The community swimming pool project was originally conceived in several phases. The first phase being the construction of a recreational pool that would consist of a shallow area for young swimmers; the second is a pool for competitive swimming events (so there are actually two separate pools); and the third phase is the construction of a facility that will support the pools and provide, among other things, showers and ticketing areas.

The driving force for the pool is to help prevent drowning after a number of incidents highlighted a significant number of non-swimmers in our community that is surrounded by water. An early proponent of the pool, David Herdrich said, “The number of deaths by drowning in the territory is staggering, averaging over seven per year from 1988 to 2000, “and most in the local community are outraged.”

He said this statistic is more than seven times higher than compared to the United States. He also said that the local Department of Health recorded 14 deaths by drowning in the year 2003 alone.

In particular, he said two high school students drowned on a calm day during a school field trip when they fell into the ocean from the reef. Neither student knew how to swim.