Residents of U.S. territories won’t get to pick the next president, but here’s what they have to say to him 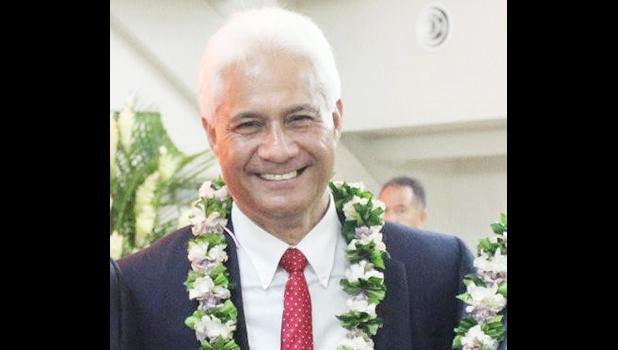 Washington, D.C. — More than 3.5 million people live in the U.S. territories of Puerto Rico, the U.S. Virgin Islands, Guam, the Northern Mariana Islands, and American Samoa, but—by design—they don’t have much political power when it comes to national politics. They hold presidential primaries and caucuses and appear in the roll calls at the Democratic and Republican national conventions, but they can’t vote in the general election, when it matters most.

(Some exceptions apply: Northern Marianas residents who previously lived in the states can vote in the election, as can American Samoa residents who moved there from Illinois. It’s complicated!) The territories have zero senators, and each territory elects just one representative to the U.S. House, where they can serve on committees but can’t vote on any actual bills—again, shut out when it matters most—even though Congress holds ultimate power over all laws affecting the territories.

But the lack of power within this convoluted system of—let’s call it what it is—modern-day colonialism, doesn’t mean there’s a lack of political activism. Within each territory, there’s plenty of political organizing, often originating at a grassroots level, from last year’s mass “Ricky Renuncia” protests in Puerto Rico, which led to the governor’s resignation, to the community groups on Guam leading a movement to stop the proposed buildup of the territory’s military bases.

There are also, of course, plenty of people who would like to have their voices heard in national-level politics. Slate spoke to five of them—one from each territory—about some key issues they’d want a future president to understand and address.

The big concern that Sanitoa wants to discuss is meth (generally called “ice” in the territory), which he says has become a widespread problem. (In 2018, territorial police seized more than $1 million of the drug, in the course of 25 raids—a significant amount for a place with a population of about 55,000.)

Sanitoa points to 2012 as a tipping point, when the local FBI office closed due to budget constraints. “In the old days we used to arrest people in Hawaii, we would arrest people into the states,” he says. “Because the FBI was involved, and that was wonderful because we knew then where the drug was coming in.” The territory’s current governor, Lolo Matalasi Moliga, is not running for reelection (due to term limits), but Sanitoa hopes that the next governor will “work closely with our congresswoman and, hopefully, with the president of the United States to look at directing federal resources to trying to work on this.”

There’s also the matter of long-term economic development and a lack of a diversified economy—both perennial topics in all territories—and here, Sanitoa has a particular interest in changing cabotage laws and the Jones Act.

Read more of Sanitoa's concerns and concerns from the other territories at Slate.com