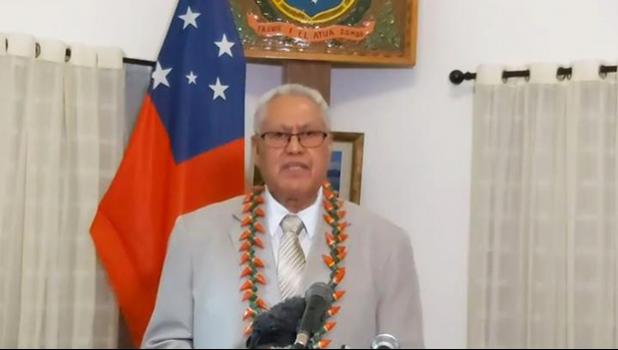 He made the announcement on television Sunday night (Samoa time) ahead of today's (Monday in Samoa) deadline set by the Supreme Court for parliament to sit after the April election.

The FAST party won a slim majority but the rival HRPP remains in a caretaker role, insisting that the parliament must have six seats for women.

Only five women were elected and Tuimalealiifano said this has to be taken into account.

"The constitutionally guaranteed seat of the additional woman member in parliament in accordance with Article 44 (1A) of the constitution of Samoa has not been activated yet although the Court of Appeal has confirmed that a sixth woman member is mandatory."

Tuimalealiifano said because of the uncertainty over the seat, parliament cannot be convened now.

He also said the Supreme Court has no jurisdiction to order the convening of parliament, accusing the Court of showing flagrant disregard of the powers of the position of the Head of State.

Samoa's caretaker prime minister and the attorney general are filing a recusal application to prevent some judges from sitting on a contempt of court citation brought against both of them.

In addition, Tuilaepa has been cited for "scandalising" the court through public remarks that are alleged to have disparaged its abilities and undermined its authority.

Samoa Observer reports lawyer, Rodney Harrison, acting for Tuilaepa and Savalenoa told the court this week that he will be filing a recusal application against a panel of Justices of the Supreme Court.

He said the caretaker government officials want justices who ruled on a special Sunday hearing that parliament sit to be recused from the case.

The contempt matter was called for civil mention this week before the Chief Justice.

Dr. Harrison said the recusal of the Justices is on the grounds the contempt of court citation against his clients originated from the Supreme Court's orders on Sunday, 23 May.

Chief Justice Perese instructed the lawyer to make the appropriate recusal application and said the court would determine its merit.

Another issue addressed by Dr. Harrison is the "urgency" to deal with the contempt citation from F.A.S.T.

The lawyer disagreed that the matter should be accorded any priority.

But attorney for FAST, Ben Keith, said the case must be dealt with urgency because of concerns that the same actors will defy another order from the Supreme Court last week that Parliament convenes by next Monday at the latest;

Chief Justice Perese also instructed the FAST counsel to make an application for urgency which would be dealt with at the same time as the recusal application.

The matter has been adjourned until 12 July so the appropriate applications may be filed by the parties.