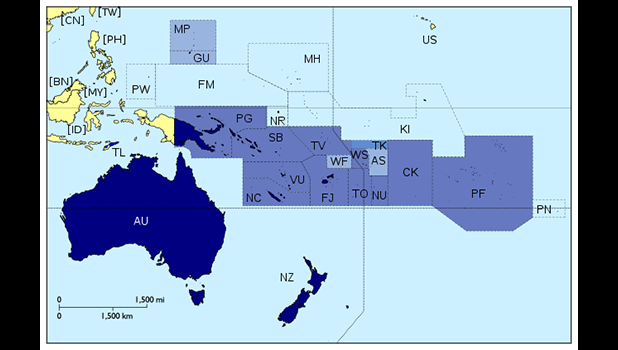 Apia, SAMOA — Savaii Newspaper, Samoa’s government newspaper, is reporting that the government is not giving up on its campaign to induct neighboring American Samoa into the Pacific Islands Forum (PIF) as a full member.

Currently, the territorial government serves as an Observer in the Forum.

And Samoa is leading the campaign with the backing from the Polynesian Leaders Group.

“At this point, PIF is continuing the conversation to consider American Samoa’s political status, as a territory of the United States. This does not take away the fact that the territorial government has contributed to the economic, social and political developments of the region and the Pacific Forum.”

The Prime Minister went on to highlight that while American Samoa may be a territory of the United State, they have been a self-governing country under the structure that the American Samoan Government follows.

“They have their own Supreme Courts, their Fono, and governing body leaders, so they practically are like an independent nation, so it is a conversation we continue to discuss and we support having them enter into the Forum for Pacific Island leaders in the future,” he added.

“They may be a territory by law, but American Samoa does operate much like an independent nation,” Tuilaepa added.

“And American Samoa’s contribution to the welfare of the Pacific should be justification to support their acceptance as a member of the PIF regional family.”

Tuilaepa also noted that it is no big secret when it comes to Samoa’s cultural, family and blood ties with American Samoa and if inducted into the PIF, it would be a huge benefit for the two Samoas when it comes to regional issues pertaining to beneficial economic developments.

“Having two votes for us, will also strengthen our working relationship with American Samoa,” added the Prime Minister pointing to the two Samoa talks between the two countries as living evidence reaffirming the two Samoa’s unity to initiate reforms that will benefit residents of the two countries.

For now Prime Minister Tuilaepa remains unfazed and he is optimistic that American Samoa is half a step away from joining the PIF considering they are already an official member of the Polynesian Islands leaders’ roundtable.