Samoan athlete who is alleged victim in U.S. fraud case speaks up for defendant 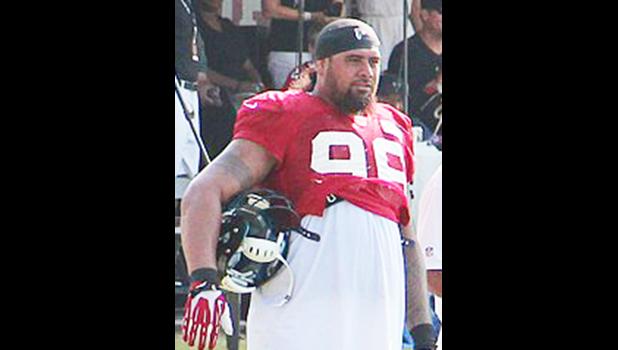 Pago Page, AMERICAN SAMOA — Recent federal court filings identify by name the former U.S professional athlete, who is of Samoan ancestry and whose non-profit organization was allegedly defrauded by a Samoan couple residing in Utah to the tune of more than $1 million.

A 14-page federal indictment handed down Dec. 15, 2021 outlined the charges and details against Misiona Patane, 57, - aka, Papalii Patane, aka, Junior Patane - and his wife, Lavinia Patane, 54, accused of defrauding one set of victims out of $1.25 million dollars, along with a related scheme to defraud a “vulnerable adult” out of $2.4 million. (See Samoa News edition Jan. 10 for details)

According to the indictment, Misiona and Lavinia Patane are charged with two counts of bank fraud and three counts of money laundering, while Misiona Patane is separately charged with four counts of wire fraud, six counts of aggravated identity theft, and one count of kidnapping.

The indictment breaks-down the two sets of victims and identifies them as “P.S. Scheme, and the J.F. Scheme”. The indictment identifies victim, “P.S.” as a retired athlete who played a professional sport in the U.S from 2007 through 2016. And that Misiona Patane served as the foundation’s president.

Court records show that Paul Soliai and his wife Letasha Soliai filed recently an affidavit of support for Misiona Patane’s release from confinement to await trial.

Misiona Patane “has always been our director of the Paul Soliai Foundation from 2011-2017,” according to the Soliais affidavit, which also noted that Misiona Patane “has acted on our behalf especially when it came to paying all finances we have directed him to pay,” for example:

•           three concerts, all air travel personal and business for family and friends in the U.S. or international;

•           personal expenses for both sides of the family including parents and siblings — house payments, transportation and personal monies.

Three other affidavits in support of Misiona Patane were also filed with the federal court, along with the defense team’s arguments over prosecutor’s motion to keep the defendant jailed, arguing among other things that he is a flight risk.

Following a Dec. 29 detention hearing before U.S Magistrate Judge, Jared C. Bennett, the court ordered the defendant detained and remanded to the custody of the U.S Marshal Service pending resolution of this matter, according to the court record.

It also states that the court orders the defendant to have “no contact" with any of the victims in this case.

Prior to the detention hearing, the defendant, represented by Utah-based, The Stone Law Firm, argued that the government appears to rest it’s argument that the weight of  the evidence falls in favor of detention on an assumption that the defendant had unauthorized access to P.S.’s financial accounts.”

“However, it is not controverted that P.S. and P.S.’s wife expressly requested the defendant to manage accounts of both P.S.’s foundation as well as personal accounts,” the defense argued.

The defense also argued that the management of J.F Trust fund account rests on the assumption that the treatment facility in Samoa was somehow fraudulent when it is the defense’s understanding that a Nevada judge reviewed the program and authorized J.F.’s release to the program.

However, the defense “lacks information to answer robustly allegations beyond the approval — by a Nevada judge — and completion by J.F. of the treatment program in Samoa.”

The indictment alleges that from 2016 to 2018, Misiona and Lavinia Patane stole $2.4 million from the “J.F. Trust” fund account, under the guise of helping to provide services and pay for expenses related to J.F.’s care; the Patanes used these stolen funds for their own personal expenses.

The defense also shared with the court brief background information on Misiona Patane, who has long ties to Utah, where he resided for an extended period of time. A father of four boys, the defendant was a volunteer missionary for three years and is a singer in the Tabernacle Choir.

He is the official ambassador to Samoa for the Ministry of Agriculture and Fisheries, and helps promote Samoan products in the United States. The defendant volunteers at the local food bank every Thursday morning. He provides free music lessons for children of all ages.

“He has no violent criminal history and has no history with controlled substances or firearms,” the defense points out and noted that the defendant has two prior criminal cases involving financial crimes and that the defendant attended all court appearances and abided by all terms and conditions of probation.

“He is a good candidate for pretrial release with conditions deemed appropriate by the court,” he said.

On Monday this week, the defense filed a new motion for a review of Judge Bennett’s to detain the defendant until trial and also request a hearing.

For Lavinia Patane, a.k.a Lavinia Tuiatua, the prosecutor on Tuesday this week filed notice saying that the federal government “is not seeking detention” for the defendant, but requests a “no contact order” with the victim(s).