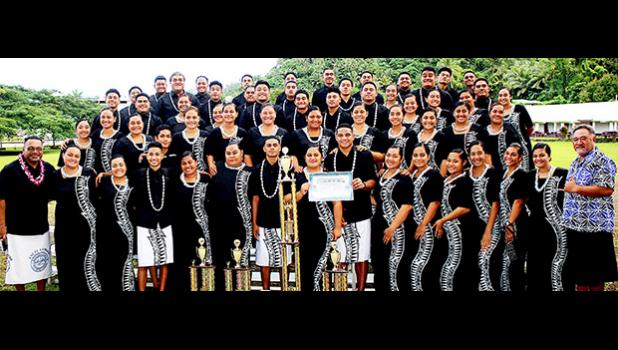 Pago Pago, AMERICAN SAMOA — The Tautua Choir from the Blue Empire was named overall winner of this year's DOE Music Festival, which was held at the ASCC multi purpose center last week.

The Sharks, under the direction of Pati Pati Jr., claimed the highest marks in 3 of the 4 categories: acapela, selection piece, and cultural number.

The win for Samoana coincided with choir director Pati's birthday, with the choir members dedicating their well deserved win to the man behind the music.

Second place overall went to Leone HS, under the direction of Sililo Asalemo. The Lions claimed the solo category.

John Mailo and his Tafuna Warriors took home third place, followed by Sam Tofiga and the Faga'itua Vikings in fourth.

Congrats to all the participants of the 2019 DOE Music Festival.