Sealing road work planned next week for Fagaima and Ottoville 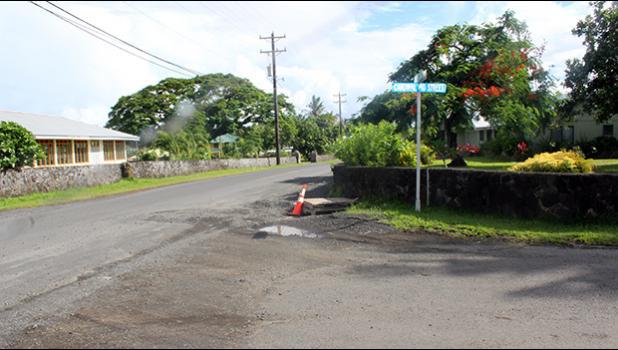 Pago Pago, AMERICAN SAMOA — Paramount Builders Inc., which was contracted by the American Samoa Power Authority for its underground cable project last year, now plans to repair the roads that were dug up during the project work.

Residents of Fagaima and Ottoville, as well as others who use the roads in these two areas, have complained many times about the terrible driving conditions and have questioned when Paramount Builders will start re-paving and repairing the dug up areas, which became worse following the recent heavy rains.

Tualauta faipule Larry Sanitoa has raised the issue several times with both ASPA and Paramount Builders.

In an email message early this week to Sanitoa, ASPA acting executive director Wallon Young explained that he met last week with Paramount Builders about the repair/sealing of the two roads in question.

Paramount Builders “informed us that they are just waiting for a spell of good weather. The clean-up and temporary fix after each rain is costly for Paramount Builders,” said Young, adding that forecast for this week indicated rain but “next week looks good”.

“Accordingly, Paramount Builders plans to begin sealing the roads in Ottoville and Fagaima on Monday, Mar. 11th,” he added.