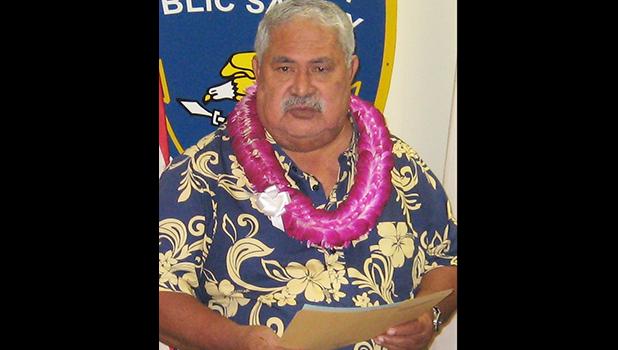 Gov. Lolo Matalasi Moliga submitted in late February the measure saying that trust services are another source of revenue for the bank and they are services, which are needed in the community.

The Senate endorsed its version of the trust services bill during Saturday’s Fono session and the measure is now in the House for consideration and approval. The House has its own version pending in committee.

The Saturday session — for both the House and Senate — was to make up a session day for a holiday in February, so that the current First Regular session ends at the close of business tomorrow (Thursday), as Friday is the government’s Good Friday holiday.

During the committee hearing Tuaolo raised several questions targeting a provision of law, in which it states that “debts and obligations of the bank are not the debts or obligations of the government.” He asked — why is ASG not liable.

Responding to other questions from Tuaolo pertaining to trust services, Watson explained that the trust side of the Bank of Hawaii family performs trust related services. For example, they manage retirement funds, future funds as well as administering to the pension plans for several other local businesses.

“They have the ability to serve as executor or administrator of an estate — a deceased person. They have the authority to perform fiduciary services on behalf of consumers or businesses,” he said.

Tuaolo says BoH is the trustee of the ASG Employees Retirement Fund and asked if TBAS can provide this service without being insured by the Federal Deposit Insurance Corporation (FDIC).

“Yes, it could be done without FDIC insurance, because it’s not a banking function, it’s a trust function,” Watson replied and explained that BoH is the bank for the Retirement Fund and for Retirement Fund investments “but that is not the kind of role” TBAS is looking at, which is a “much more complex endeavor than what we’re contemplating.”

TBAS chief executive officer, Philip Ware said, “What we are requesting here is a very simple part of the trust services that banks can do. Most banks on the mainland don’t do trust services anymore because its too complicated, takes too many people.”

“It is not our intent to do those complicated trust services but doing only the simple [trust services] such as property transfers, lease or a loan payment,” Ware explained. “It’s very simple to do. Our [computer] system is set us to do it, as well as current staff, with expertise.”

Before the hearing ended, Tuaolo along with other senators told TBAS officials “we strongly support the bank to help our community” and they encouraged the board to ensure that loans made, will be repaid by customers.

Ware told Samoa News early this year that Fiduciary or Trust Powers allow a bank to act in a fiduciary capacity.

“The fiduciary or bank then can hold assets for a third party when required as in the case when transferring privately held real property or when a third party is required to collect payments for rents, “ he explained.