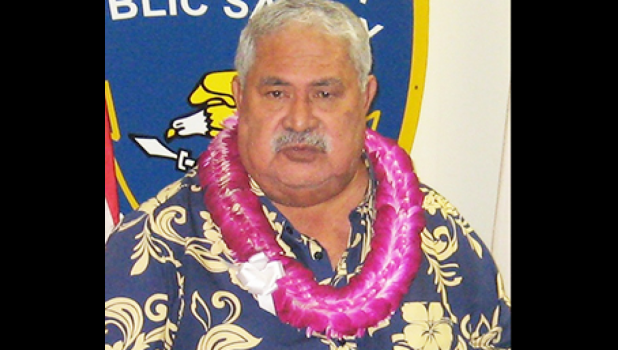 Pago Pago, AMERICAN SAMOA — Prior to the Chief Election Officer official release of the midterm election results, Senate President Tuaolo Manaia Fruean in his capacity as Chairman of the Constitutional Convention called to “null and void” the results on the Constitutional amendments.

This was confirmed in a letter Tuaolo titled “Urgent Request not to certify Election Results on Constitution Revisions” issued on November 13, 2022 and obtained by Samoa News.

The letter was addressed to the Chief Election Officer, Uiagalelei Lealofi.

“If you recall, not soon after the election results were finalized, I called and brought to your attention the fact that less than 50% of the total electorate for American Samoa cast their votes and overwhelmingly voted “No” on the proposed referendums for the American Samoa Constitution,” said Tuaolo.

“You may do so for the midterm election for delegates and representatives, when you've considered any challenges and problems. “But I am requesting that you do not certify the results of the votes on the referendums.

“You can declare the vote “null and void” because the votes fail to truly dictate the will of all of our people and refer this matter to be reintroduced in the 2024 General Election when a majority of the roughly 15 thousand registered voters can truly decide on this very important matter,” appealed Tuaolo.

Samoa News has reached out to the Chief Election Officer for comments via email, but no response was received at press time.

Last week in the Senate, Tuaolo expressed the same concerns during a session.

He cited the low voter turnout in the Midterm Election and questions if that had any bearing on the rejection of a majority of the Constitutional amendments in the referendum vote.

He went on to suggest re-submitting for consideration three of the six Constitutional amendments that were not passed in the referendum vote. The three pertain to the development of local government and decreasing the authority of the Secretary of Interior.

1.         The Governor shall appoint the Chief Justice and Associate Justices subject to confirmation by the Legislature;

2.         The Secretary of Interior shall not have the power to change the decisions of the High Court of American Samoa; and

3.         The Secretary of Interior shall not have the power to change the Legislature’s override of the Governor’s Veto.

As reported earlier, Tuaolo pointed out a little over 6,000 eligible voters cast their ballots, yet there are 14,000 registered voters in the territory.

“We cannot force people to go vote,” he said, noting “it’s evident [low voter turnout] that this is because there were a lot of unopposed seats in the House of Representatives and Congress, that people didn’t go and vote.

“And the question that comes to mind — is this the result for American Samoa, will [issues] be determined by 6,000 voters?”

The other 3 amendments not passed in the referendum and not included for possible reconsideration had to do with increasing faipule representation in the districts of Ituau and Tualauta, restoring five senators to Manu’a, and changing the district Malaeimi is in.