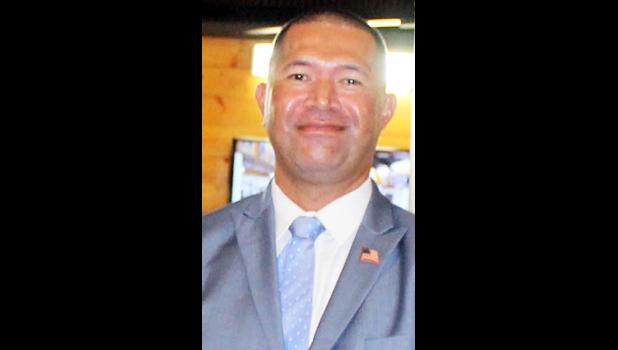 With the nomination rejected, the governor has the option of re-nominating Galoia for the post, which he has held since July last year, or naming a new director-nominee.

Yesterday morning, Galoia appeared before the Senate Public Safety Committee for his confirmation hearing, where Sen. Malaepule Saite Moliga reminded his colleagues that Galoia is the last of the three director-nominees submitted by the governor for confirmation during the current legislative session.

The Manu’a senator pointed out that the Senate has already given its approval for the other two-nominees — Falenaoti Loi-On Fruean as Port Administration director and Tauanu’u Semu Faisiota Tauanu’u as director of the American Samoa Corrections Agency.

Malaepule said he does not know Galoia personally, but he trusts the governor’s faith is this appointment and suggested the Senate do the same, by giving their full trust to the nominee, through an approval vote.

He concluded by asking the committee for their yes vote to confirm Galoia as director of this new ASG agency.

Committee chairman, Sen. Fai’ivae Iuli Godinet told the nominee to always remember that the workforce is the government backbone and asset and this should be an important issue for the agency. Fai’ivae informed the nominee that the task ahead is not easy.

The Fofo senator pointed to the nominee’s resume, which shows that his most recent employment is Communications Management Support Team, Lead from March 2018 to the Present, at the Headquarters of the 21st Signal Brigade in, Fort Detrick, Maryland.

Fai’ivae asked if the nominee was still employed there to which Galoia said no, saying that he returned home after his military service towards the end of 2021 and the beginning of 2022.

Fai’ivae requested that the nominee update his resume. And Fai’ivae announced information in the resume, for Galoia’s duties in the Communications Management Support Team.

The resume states that Galoia leads a hand selected U.S. Army Communications Management Support Team stationed in multiple states across the U.S. Additionally it provides technical and communications support to the U.S Secret Service and the Joint Director of Military Support.

Several staffers from Search and Rescue Agency were in the Senate gallery during the 15-minute confirmation hearing to support the director-nominee.

Last Friday both the Senate and House during their respective sessions endorsed the governor’s nomination of Tauanu’u Semu Faisiota Tauanu’u as director of the American Samoa Corrections Agency.

Taanu’u is now officially the first director of this newly established Executive Branch agency which includes the Territorial Correctional Facility and the Juvenile Detention Center.