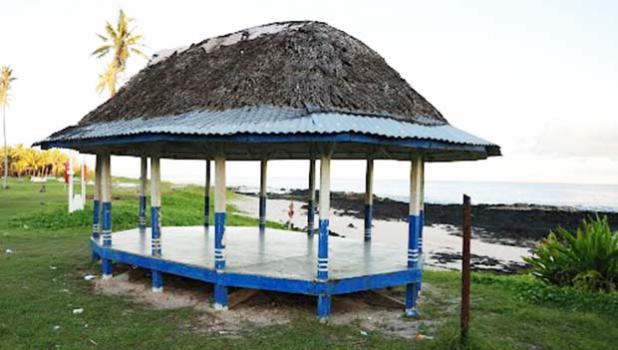 The Department of Public Safety is tight lipped about a shooting incident that allegedly occurred in Vaitogi over the weekend, where more than 30 police officers were called in to work from Sunday night all the way until Monday afternoon.

According to police officers, who did not wish to be named for fear of repercussions, there was an incident Saturday evening between the women in the Siaumau family, which allegedly escalated and the men of the family got involved. The police were called Saturday night by the neighbors and two parties were taken into the police station. It’s alleged that the matter was then “settled” and the parties were all released, according to the police officers.

However on Sunday afternoon around 5p.m. gunshots were allegedly heard being fired. According to the police officers, two men from one of the Siaumau households went to their other family home and shot at the house. It’s alleged that several shots were fired at the house and the police were contacted again for assistance by the neighbors.

According to the officers when the call came to the police station about the shooting, all the police officers (on duty/ off duty) from the Criminal Investigation Division, Traffic, Leone and Central were called in to the Tafuna Police Station to respond to this call. Police arrived at the scene and found bullet holes on the house, but they were unsuccessful in their hunt for the weapon or weapons used.

Samoa News was told that police officers were not armed, nor did they wear bulletproof vests — as none were issued.

Samoa News understands the officers went looking for the alleged guns where they suspected they were tossed in an area in Ili’ili, however they did not find anything.

Samoa News reached out to Acting Police Commissioner Le’i Sonny Thompson for a comment given the grave concerns from members of the public in the Vaitogi area, but he declined to comment, noting “I can’t comment as there is an on going investigation at the moment.”

Samoa News has been told by sources inside the police, that on the same evening of the alleged shooting incident, the Police arrested Solomona Fata and Vise Gauta, who made their initial appearance in the District Court yesterday. (Fata is also known as Solomona Siaumau and Gauta is his son-in-law, according to family members.)

Fata was released, as the police were not ready with an affidavit to charge him, while Gauta was remanded into the custody of police. He’s facing charges of public peace disturbance however the attorney general’s office intends to file additional charges in this case.

During his appearance in court yesterday, it was announced in court that the probation officer tested the defendant and the ingredient of methamphetamine was found in his system. It’s unclear if Gauta is on probation or not, as efforts to get confirmation from the probation office were unsuccessful.