Soliai: No COVID-19 money received for land lease behind Laufou 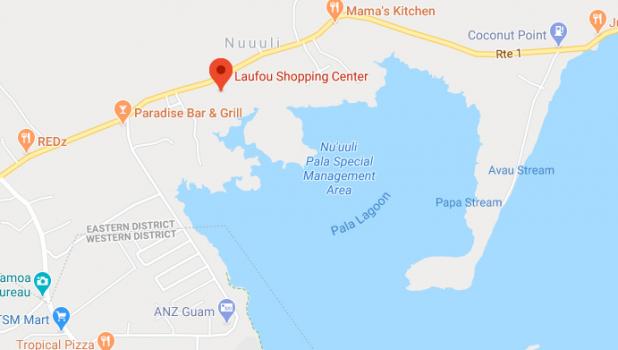 If a check was written, ASG should void it right now … there is a concern
By
Fili Sagapolutele
fili@samoanews.com

Pago Pago, AMERICAN SAMOA — The sa’o, or head of the Soliai family, Soliai Tuipine Fuimaono, says that he has not received any money, funded by the COVID-19 funds, nor has he signed a lease with ASG for use of Soliai family land in Nu’uuli for the governor’s proposed secondary road to run behind the Laufou Shopping Center.

“I’m very surprised to hear news reports that $200,000 of COVID-19 money has been given to the Soliai family,” Soliai said yesterday morning in a brief Samoa News interview. “I’ve never received any money or signed any lease with the government.”

A government report presented by ASG Treasurer Ueligitone Tonumaipe’a and Office of Budget and Planning director Catherine Saelua during a House Budget and Appropriations Committee hearing late last week shows an allocation to the Soliai family.

The Aug. 4th financial report on ASG spending of its share of more than $164 million in CARES Act funds allocated to American Samoa shows $200,000 to the Soliai family for Soliai land for use as an alternate road project in Nu’uuli.

Soliai, in a letter Monday this week to Tonumaipea and Saelua, noted the ASG report on COVID-19 funds given to the Fono, saying that ASG paid $200,000 to the Soliai family for a new road project in Nu’uuli surprised him.

“As the sa’o and on behalf of the Soliai family,” Soliai said, “I would like to make it clear that neither I, nor my family, received any money from the American Samoa Government for the new road project.”

He added, “I had told the Governor that me and my family need time to review the plan for the new road before we can enter into a lease.”

Therefore, Soliai asked Tonumaipe’a and Saelua to “clarify your report to the Fono.”

“If it is true that ASG has issued a payment of $200,000 to the Soliai family, it did so without my approval or support,” he wrote, noting that any payment-check to the “Soliai family for the new road, should be voided until a proper lease has been reviewed and entered into with the Soliai family.”

During the Samoa News interview yesterday, Soliai said the letter was delivered Monday afternoon to Tonumaipe’a and Saelua as well as those who were copied in the letter. Soliai said that his concern over this project is that “it’s not going to be safe for families especially those with children, for such a secondary road.”

He explained that the land — being targeted for the road — is “too close to family homes” and the lives of people are more important than money. He said the government was looking at a 55-year lease for the land.