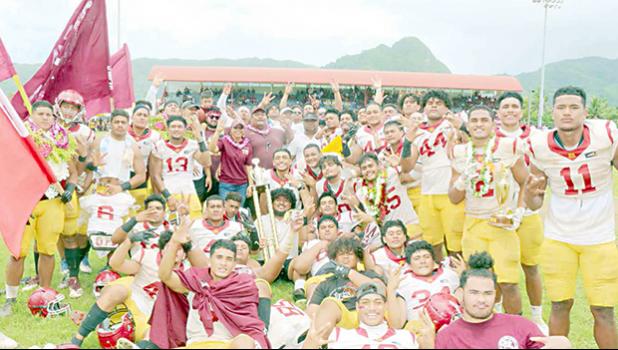 Several programs for funding in the FY 2021 budget have had the total amounts reduced or eliminated together for the new fiscal year, with only one new project/program, listed in the FY 2022 budget, earmarking $200,000 to the ASG Veterans Affairs Office. The program description says that funding is needed for events that are held on special holidays including other patriotic occasions to honor veterans.

In previous budgets, funding was allocated for  “American Samoa Bowl - Jr. Preparatory Sports” — which was to, among other things, continue development and growth of American football in schools. For the current fiscal year, a total of $250,000 is earmarked for this program.

According to the report, the funds allocated for sports development will assist and subsidize the annual activities and continuation of development and growth of the territory’s local high school talents in the sport of football — including activities promoting the sport and improving the level of talent in the Junior Level — below the age of 18-years old.

It points out that American Samoa is gradually receiving national attention as many of its local talents have been scouted and recruited by many notable U.S universities and colleges for their football program, including at the professional level in the National Football League (NFL).

“Continuing to develop that vision, this fund will further provide the financial assistance for high school talents to showcase their talents and abilities with their counterparts abroad,” according to the Administration.

Samoa News understands that some lawmakers are planning to seek an updated spending report for the FY 2021 Special Program budget — which the governor said last month is being used to fund new salary hikes for ASG career service employees that become effective on July 1st.

As in past budget reviews, some lawmakers wanted to know what projects/ programs were actually funded, especially when local revenue is the funding source for Special Programs.