StarKist says a fine of over $50 million would cripple them 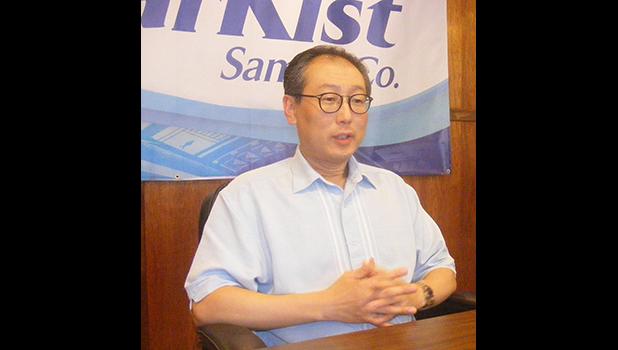 Pago Pago, AMERICAN SAMOA — Paying a criminal fine above $50 million “would substantially impair StarKist’s ability to make restitution and jeopardize the continued viability of the company,” attorneys for StarKist Co., argued through filings with the federal court in San Francisco, where the company will be sentenced next month for its participation in a conspiracy to fix the price of canned tuna in the U.S.

Under a plea agreement with the US Justice Department, StarKist pays a criminal fine of $100 million but the company had hinted in court filings in March this year, of its “inability” to pay such an amount.

In the USDOJ’s sentencing memorandum filed two weeks ago, federal prosecutors asked the federal court to reject StarKist’s “attempt to escape punishment for the crime it committed” and to uphold a  $100 million fine, as cited in a plea agreement.

“Faced with limited financial resources, declining demand for canned tuna, and substantial civil liability, StarKist ...asks the court to impose a $50 million fine to be paid in installments over five years, without interest,” the company wrote in its sentencing memorandum in which many of the financials and other details are redacted.

The company claims that it cannot pay more than a $50 million fine, saying that even a fine of that amount may still impair its ability to make restitution and possibly “substantially jeopardize the ongoing viability of the organization.”

According to StarKist, the court needs not be concerned that a $50 million fine would create “unwarranted disparities among defendants with similar records who have been found guilty of similar conduct.”

StarKist explained that its plea agreement with USDOJ covers the narrowest time period (November 2011 and December 31, 2013) and product scope of any company or individual charged, and only one StarKist employee — who left the company more than five years ago — was charged in this matter.

“By comparison, Bumble Bee pled guilty to a longer conspiracy period and broader product scope — three of its senior executives were charged, and it received a sentence of $25 million, based in large part on the same inability to pay arguments StarKist is making here,” it points out.

Bumble Bee, which operates in the same industry as StarKist, was fined $81.5 million; however, that fine was reduced to $25 million as a result of Bumble Bee’s inability to pay, StarKist points out.

“Even a $50 million fine will be twice the amount of Bumble Bee’s fine,” said StarKist adding that Chicken of the Sea was the first company to report the illegal conduct to the USDOJ, and under the Antitrust Division’s Corporate Leniency Policy received no criminal fine and all of its employees were immunized from criminal prosecution.

Gokhale evaluated cash on hand, capital improvements, annual operating plans, debt obligations, tax obligations, and projected performance to determine StarKist’s “free cash flow” d which refers to the money beyond what is necessary to operate its business that will be available to StarKist to pay the sum of its criminal fine and civil liability.

StarKist also challenged the outcome of the company financial analysis conducted by government expert Dr. Dale Zuehls, a forensic accounting expert.  Zuehls concluded that StarKist “has the ability” to pay the fine in six interest-free installment payments made over a five-year period, make restitution to the victims, “and continue as a viable enterprise,” according to USDOJ.

StarKist argues “Zuehls’ report is unreliable and fails to project accurately the amount of money available to StarKist to pay a criminal fine and civil damages. (StarKist and the other tuna companies are facing separate civil lawsuits at the federal court in San Diego.)

About 12-pages involving StarKist financial analysis by both the company’s expert and StarKist’s response to Zuehls’ report, are redacted.

In order for StarKist to have a meaningful opportunity to present all relevant information to the court, StarKist requests an evidentiary hearing on the issue of their ability to pay a fine greater than $50 million.

USDOJ in their sentencing statement does not believe an evidentiary hearing is needed. But StarKist argues that it's evident from the pre-sentence report — ordered by the court — the existence of a “significant dispute as to whether StarKist has the ability to pay a fine greater than $50 million.”

StarKist says it has accepted responsibility for the conduct of its former employee and has taken a number of steps to ensure that the conduct is not repeated. Among the steps, the company has added a general counsel; instituted regular, mandatory antitrust trainings; and adopted a formal antitrust policy.

If the court grants a hearing, StarKist intends to call Gokhale and Zuehls so the court can test the assumptions and conclusions in their reports. If necessary, StarKist will call the company’s president and CEO, Andrew Choe and StarKist’s director of finance, Dennis Adams.

Choe will testify to StarKist's production requirements, its shifting product mix, and the necessity of capital expenditures in American Samoa — where it employs 2,400 people, making it American Samoa’s largest private-sector employer.

Adams will testify on StarKist's long-range plan, as well as StarKist's historical and current financial performance. StarKist is also willing to consider calling other witnesses, as the court deems necessary to aid in its determination.

In conclusion, StarKist argues that  $50 million fine will adequately serve the cause of justice, while allowing StarKist to pay restitution in the civil cases and remain a viable competitor in the domestic tuna marketplace.