Sticky issue of privatization keeps coming back — and going nowhere 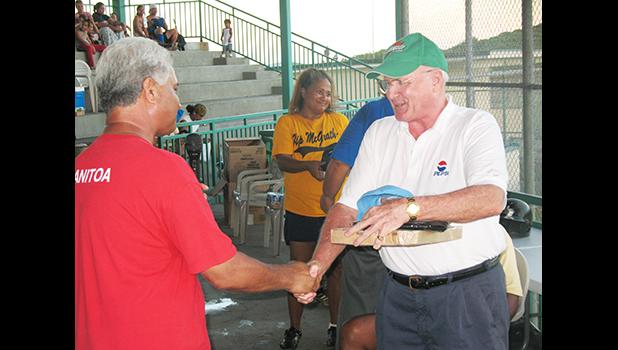 Pago Pago, AMERICAN SAMOA — Former local resident, David Robinson, who chaired the American Samoa Chamber of Commerce a number of terms, shared some insight on the issue of privatization when it comes to certain ASG semi autonomous agencies, after the issue came up at last month’s American Samoa Bar Association’s first gubernatorial forum.

In past election years that included a gubernatorial race, privatization of certain semi-autonomous agencies, especially the American Samoa TeleCommunications Authority (ASTCA), has been a question raised with candidates.

And one of the questions raised during the Bar Association’s forum last month with all four gubernatorial teams present is whether the teams would support, “privatization of ASTCA, LBJ, or ASPA? Why or why not?” (See Samoa News edition Oct. 6th for details.)

Responding to the Samoa News story, Robinson — who currently resides in New Zealand — said none of the candidates have any experience with this matter so it is difficult for them to be objective.

“Only two points were relevant to the conversation,” he said, adding that one came from candidate for lieutenant governor Talauega Eleasalo Ale (of the Lemanu and Talauega team), when he referred to putting a Utility Board in place and “this would be absolutely essential.”

And the other came from candidate for governor, I'aulualo Fa’afetai Talia (of the I’aulualo and Tapaau team), who referred to Public Private Partnerships.

In 2014 through the then Governor's Economic Advisory Council, Robinson was co-chair and wrote a paper on Privatization. He said the paper was subsequently distributed to ASG Commerce Department, Territorial Planner and a number of lawmakers, and several gubernatorial candidates “all of whom studiously ignored the paper.”

Robinson explained that privatization can have a two-fold benefit for government and can be dealt with in two stages — CORPORATIZATION and PRIVATIZATION.

“Privatization is a process whereby the ownership of a government enterprise moves from the government to the private sector,” he said. “The benefits of both provide immediate cash injection to the government that can be applied to important public service needs, and it can rid government of underperforming assets and all the management time, costs and financial resources that it entails.”

He noted that whenever privatization is mentioned certain objections are almost always raised and should be discussed.

He points out that “mechanisms can be put in place to protect government employees and the potential to increase costs by the establishment of an Office of the Regulator-General or Public Utilities Commission to undertake independent regulatory supervision of utility services, particularly the monopoly service components of the regulated industries such as power, water, telephone and medical.”

(Samoa News notes that there were at least four separate bills introduced in the Fono in the past 20 years to create a Public Utility Commission but not one went anywhere and all were automatically defeated. The last known bill, according to Samoa News records was sponsored in 2007 by four senators including then-Senate President Lolo Matalasi Moliga. )

“There are many areas of government activities that could be comprehensively evaluated for the corporatization process,” he said. “In ASPA such as the Futiga land fill, island wide trash collection, assisting private sector recyclers with their programs for the good of the environment.”

In ASTCA it would be the internet sector, the cellular phone sector, long distance calling sector, Robinson wrote, and in LBJ — the Ambulatory Medical Services (EMS),  laboratory services, and there are many more.

“There is no doubt that much argument and emotion will enter into these discussions, but there is also no doubt that ASG is currently sitting on some very valuable assets which will continue to deteriorate and lose value as time goes on,” he added.

Samoa News also received four other responses to the privatization issue, but none of them wanted to be quoted by name in the story, but wanted to voice complaints regarding responses by some of the candidates.