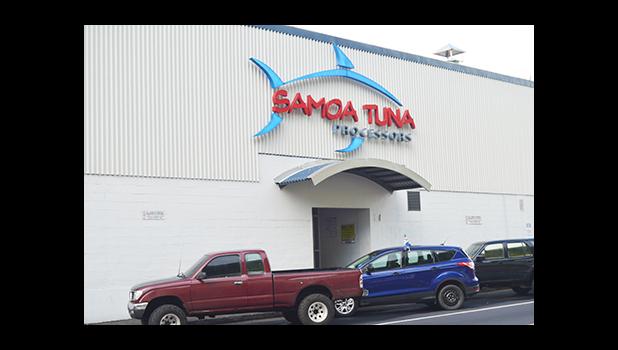 A businessman from a well-known family in Samoa that owns and operates several businesses was in the territory last week and toured Samoa Tuna Processors Inc., (STP) cannery, along with two males, who are believed to be officials from a US company, according to STP employees, who also say that there is a possible company to take over the Atu’u-based cannery.

Bellevue, Washington based Tri Marine International announced more than a week ago the indefinite closure of the canning operation of its American Samoa plant effective Dec. 11. STP has a workforce of about 800 and it remains unclear as to how many employees will be affected by the indefinite closure.

Although canning operations will be suspended, Tri Marine said it would continue to operate STP as a logistics hub for the Tri Marine Group. Additionally, Tri Marine is currently evaluating alternatives for the STP facility including outright sale, preferably to a strategic buyer that would minimize job loss.

Some STP employees told Samoa News last Friday and over the weekend that a businessman from Samoa, whose family owns several businesses including a fishing fleet had visited STP facility around 9a.m. last week Thursday. The employees identified the businessman as well as the well-known family owned businesses in Samoa, but Samoa News is withholding that information because it’s unclear why the businessman toured the facility.

“This is a well-known family in Apia owning many businesses,” said one STP employee over the weekend.

According to the STP employees, the Samoa-based businessman was accompanied by two American men, who the employees were told were from a US based company involved in tuna canning industry. The employees identified the name of the US company to Samoa News, however immediate confirmation that the US company had sent representatives to American Samoa as well as their relationship with the Apia based businessman was not possible over the weekend.

The employees say the trio toured all sections of STP before they left. The employees also said that around lunch time last Thursday, the supervisor told them there are four companies interested in taking over STP and Tri Marine is working to make sure there is no major impact on employees during the temporary closure of the STP canning operations.

The employees say the supervisor was very positive and it lifted their spirits and hopes that they will still have jobs in the future. The employee believes that a new company will take over STP following the temporary closure in December.

They believe the “temporary” closure will only be for a brief time. According to the employees they are very happy they will still have jobs after the temporary closure and look forward to continuing to work at the STP facility to care for their families.

An industry source told Samoa News two days after Tri Marine announced the temporary closure of STP canning operations that a company is already interested in taking over the STP facility. The industry source refused to give details when pressed for more information.