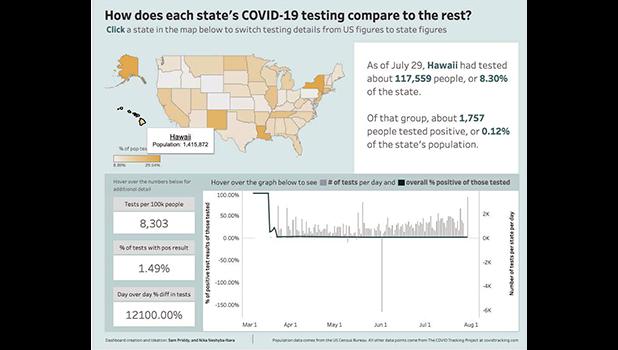 Pago Pago, AMERICAN SAMOA — Rather than sitting around lamenting their plight, an organization of American Samoan’s stranded overseas have come up with a plan — and not just one plan — but a number of ways they think would be feasible to bring them home safely with no threat to the territory.

In a letter that Samoa News was able to acquire and understands was sent to the ASG COVID-19 Task Force, it explains how since the border closure, individuals and families have suffered, financially, emotionally, mentally, physically and even spiritually in the face of adversity; and no attempt has been made by the government to reach across the oceans to show compassion to its stranded people, who have been stigmatized by the COVID-19 Pandemic.

“We understand the fears of our people back home but it has become a paralyzing factor that has the island in its grip,” the letter says.

They do acknowledge that the American Samoa Government has repatriated its citizens from Samoa.

The letter explains that people who have families where they are stranded whose families are not in dire financial situations or have family members laid off, are fortunate, but many not so.

The toll and stress of not being helped medically because of no insurance or not qualified for any medical help in the United States “is very real”.

The status for visa recipients is also an underlying burden and has crippled many with fear of the unknown. The worry of their families about where the next meal will come from or possible eviction becomes burdensome — because they have another mouth to feed and house.

Some of the stranded residents work in the private sector and have been unable to support themselves due to no work. Some are not qualified to apply for unemployment, this makes a dire situation seem insurmountable.

THE SCIENCE AND DATA

Two interactive models show the different variations of the data from the different states, they focused on Hawaii as that is where the stranded American Samoans would all gather to depart for the territory. [graphics supplied]

After closely monitoring White House briefings, social media trends, states and local department of health websites and news outlets from their respective locations they are aware there is a health crisis and also aware especially of what is going on in American Samoa.

“We need to realize, the 1918 Pandemic did not have access to something core that we have today- an abundance of Data along with Strategies, Methods, and Tools. Leaders now have the ability to better design a successful path forward. In a digital era — harnessing data can be the difference between staying ahead or falling behind.”

The letter explains that Health experts will tell you the basic mantra of epidemiology and Public Health is ‘Follow the Data’.

Then they to shared some of the data from different reliable sites that have been used by White House experts, world leaders and even business CEOs to give them the depth in perspective of making decisions for safe openings. (See graphics also in this issue.)

As a group, here are some of the viable solutions that Tagata Tu Faatasi Alliance of American Samoa came up with to assist the Americans Samoa Government and the COVID 19 Taskforce.

*2 weeks mandatory quarantine and 1 week rest for our healthcare workers.

Then close the borders and open when it is safe to do so.

DETAILS FOR SOLUTION A

All passengers can subject to health screening upon boarding by an APPROVED appointed Health Official from American Samoa Government based in Hawaii. The Hawaii Based Liaison office can be utilized to coordinate this, where they can have a licensed health official conducting screenings.

ALL passengers must have a test negative on hand 72 hours prior to boarding flight route from Hawaii to American Samoa— No exception to this rule- as you had stipulated earlier.

All passengers must have on the required mask, gloves if possible, sanitizers according to airline and health guidelines.

Passengers will pay for their own way. Though if possible, the Taskforce could use those COVID-19 funds that would assist the residents if they are unable to pay.

As the 1st wall of defense for the virus entering American Samoa, the Passengers could be quarantined in Hawaii for 14 days as mentioned in one of the earlier declarations. However, the CARES Act should fund for the hotel stay, and meals provided for the travelers.

a. Stagger the Flights, 150 passengers

b. Screened by the Appointed Health Official from the ASG Taskforce before boarding the flight. c. Upon entry, all flight passengers will once again undergo another mandatory 14 day quarantine in the designated sites provided by the Taskforce.

Launch a website that would do contract tracing, have an independent contractor that would work with DOH officials— include our business sectors in helping come up with innovative and creative ways to tackle this task. Have a REAL TIME Dashboard for information such as testing done, population data, geography of persons test, gender, age etc.

These are just a few suggestions in addition to what the Taskforce has in place.

And according to U.S Treasury site on the issue of the CARES Act funds, these funds should be applicable to many of the costs involved:

Both Talanei and Samoa News have reported that ASG was awarded $155.7 million in funding. Yet not a single penny was spent to get American Samoans stranded overseas, back home in the safest manner possible.

At the end of the summary of their plans— they voice a plea, reminding the Task Force, “We are local taxpayers, some of us have retired, some of us have children and grandchildren that vote, some of us still work both in public and private sectors — We ARE ALL RESIDENTS OF AMERICAN SAMOA.”