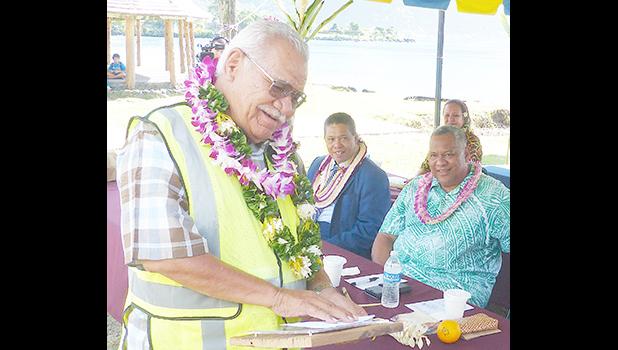 The celebration included a short parade, lively entertainment, and refreshments.

As with previous years, the oldest participant was recognized. This year, the honor went to a retired Methodist church minister, Rev. Taai Lemana.

The 99-year-old was presented a plaque and a $500 monetary gift from Congresswoman Aumua Amata, whose local chief of staff Pulu Ae Ae Jr. made the presentation on her behalf.

Other awards that were announced that day included one for the longest serving government employee, which was presented to James Taylor, a 64-year-old employee of the American Samoa Telecommunications Authority (ASTCA).

The Rotary Award — for the oldest senior citizens who still work for the TAOA program — was shared by Nunuvale Fosi and Filia Alaia, both 63 years old.

Alo Dr. Paul Stevenson was named the winner of the Lions Club Award, which recognizes an elderly citizen providing service to the community.