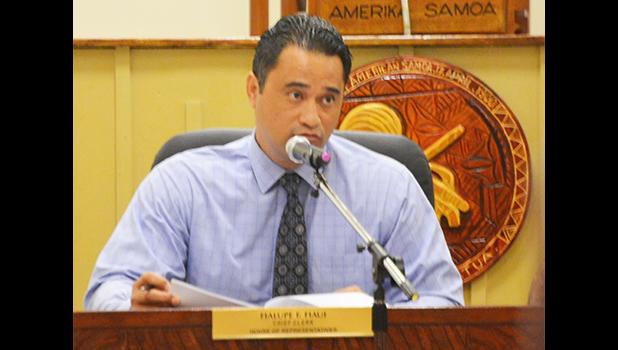 Pago Pago, AMERICAN SAMOA — The COVID Task Force is looking at having six more repatriation flights as it looks to end the repat program after July.

More than 270 travelers planning to make the upcoming flight on May 12th are now being quarantined at the Ohana East Hotel. Their first COVID test was conducted on May 3rd and the results will determine the number of travelers that will continue the quarantine period. Those with positive results are referred to the Hawaii Department of Health for isolation and other requirements.

Director of Health Motusa Tuileama Nua, who is now overseeing operations for the repat program in Hawaii, reported that 105 of the travelers have been vaccinated.

With more travelers expected in this flight, the Task Force is looking at two quarantine locations, the Tradewinds Hotel and the Alternate Care Facility (ACF) at the DOH.

Task Force Chairman Lt Gov Talauega Eleasalo Ale said the government will be upgrading two additional sites – one at the airport and at Fatuoaiga – to serve as backup sites. The latter two can also be used to quarantine passengers from flights from Samoa and other areas.

Samoa News should however point out a contradiction in released information from the government. In a press release of the joint cabinet meeting held on Wed. May 5th, it was announced that medical clearances would no longer be required for “fully vaccinated” passengers before entering quarantine in Hawaii, not that they were just not required.

The non-infectious male passenger who travelled on the 3rd repatriation flight last month is now released after 14 days of quarantine and monitoring by the Department of Health. DOH epidemiologist Dr. Aifili John Tufa said the medical community convened and decided to follow the Centers for Disease Control and Prevention (CDC) guidelines, which does not recommend retesting of patients within three months of their first bout of COVID as long as they do not develop new symptoms. Dr. Aifili said the male traveler and his family members are all asymptomatic and they were released on Friday.

The COVID-19 Task Force has also completed its third US Visa charter for medical referrals seeking to depart to the US on the outbound Medicaid charters.

Residents of American Samoa were also included on both the inbound and returning flights. An additional repatriation flight is scheduled to arrive on Wednesday with returning residents from Samoa and Tonga — several stranded for well over a year. The Administration and COVID-19 Task Force will have repatriated over 100 residents from Pacific island countries since the charters began. A charter from Fiji that was previously in progress has been placed on hold as the country announces new restrictions due to a recent surge in cases.

Other approved mission critical flights include 8 personnel from the Engineering Remediation Resources Group (ERRG) and the US Army Corps of Engineers (USACE) that arrived on Sunday May 2nd. The ERRG and USACE have been in coordination with the American Samoa Environmental Protection Agency (AS-EPA) for approval by the COVID-19 Task Force to carry out a mission involving the removal of contaminants in the soil and groundwater in the village of Aua.