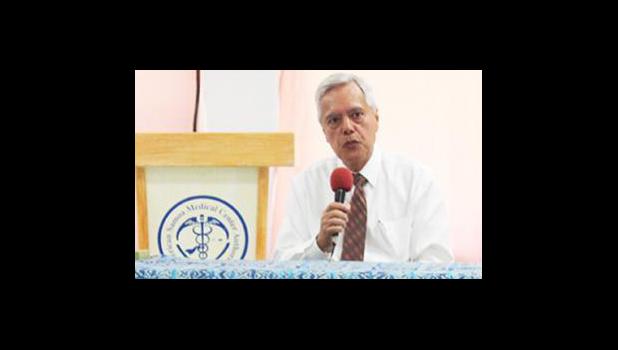 Pago Pago, AMERICAN SAMOA — Members of the locally based Tautai o Samoa Longline Fishing Association say they are “pleased” with the recent “reversal” by the US Ninth Circuit Court of Appeals of a ruling issued about three years ago by the federal court in Honolulu over the Large Vessel Prohibited Area (LVPA) in territorial waters.

“We appreciate this opportunity and see this ruling as a way to enhance our ability to contribute more to American Samoa's economy,” said Vince Haleck president of the association in a statement released Sunday night on the appeal’s court reversal ruling.

The plaintiff, Territory of American Samoa — through the Governor’s Office and ASG — sued the US National Marine Fisheries Service (NMFS) and other federal officials, over a 2016 rule in which NMFS reduced the LVPA from 50 miles to 12 to help the US locally based longline fleet.

The lawsuit argued among other things that the federal agency acted arbitrarily in changing the boundaries.

In 2017 the Honolulu federal court invalidated the NMFS rule, which would allow the large US longline fleet based in American Samoa to fish in the LVPA, that was established some 20 years ago to help the local alia fleet.

NMFS appealed the ruling to the Ninth Circuit, whose three-panel of judges reversed the lower court’s decision in a four-page decision issued last Friday.

In its statement, Tautai o Samoa recalled that the decision by the Honolulu federal court excluded the locally owned longline fishing boats from fishing from the 12-mile limit of Territorial waters. “Currently most of the local longliners can only fish outside of the 50 miles of American Samoa,” said Haleck, who is also a longline fleet owner and operator.

“Granting the locally owned long liners the option to fish outside of American Samoa’s 12-miles will help boost the viability and increase the long term success of our fishing operations,” he said.

Asked for comment or reaction to the appeal’s court decision, the governor’s executive assistant Iulogologo Joseph Pereira said yesterday morning, that this “is the first I heard of this news so I have not had the opportunity to review it. I don't know if the Governor has been made aware of it.”

The three-panel circuit judges, in their decision, pointed out that this appeal raises a question of whether the Government of American Samoa (ASG) — representing an unorganized American territory — can sue federal agencies under the doctrine of parens patriae, on the basis of language of early twentieth-century cessions and the status of the waters at issue as high seas.

“Because parens patriae [the principle that political authority carries with it the responsibility for protection of citizens] is a prudential doctrine and not a jurisdictional limitation, we need not reach this issue, and instead proceed to the merits,” the decision said.

(See yesterday’s Samoa News edition for more on the decision.)