Thanksgiving 2020: Prayers for our people around the world to “stay safe” 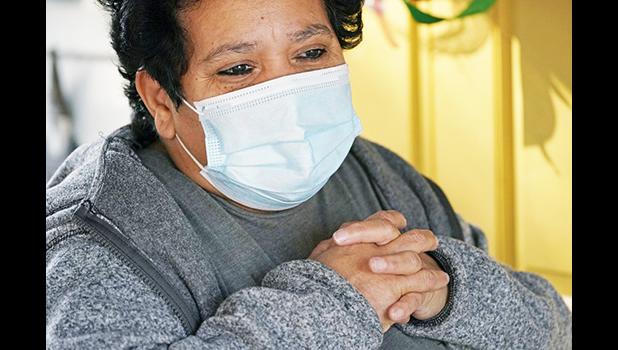 Pago Pago, AMERICAN SAMOA — Samoa joins the rest of the United States and Americans around the world in celebration of Thanksgiving Day — a federal and public holiday. However, many in the nation are dealing with restrictions when it comes to gatherings, as infection from the COVID-19 pandemic is on the rise in several states, while travelers are not heeding advice of federal health officials not to travel during the Thanksgiving holiday, but to stay home.

At COVID-19 free American Samoa, many local residents are marking Thanksgiving with prayers and celebrations through gatherings with families and friends, as well as religious traditions. They are also keeping in mind the deadly virus.

Sons and daughters of American Samoa serving in the US Armed Forces around the world are in the minds and hearts of their families and loved ones at home as they gather to celebrate Thanksgiving, which, according to historians, was first celebrated by early Pilgrims after their first harvest in the New World in 1621. It was a three-day feast. George Washington proclaimed the first National Day of Thanksgiving in 1789, and Abraham Lincoln revived the tradition during the Civil War.

Because of the holiday, all American Samoa Government offices are closed today, as declared by Gov. Lolo Matalasi Moliga in a Nov. 20th memo. As in past years, some ASG employees plan to take Friday off also.

The majority of local businesses are closed, including all federal offices, the U.S. Post Office, and the local banks.

At StarKist Samoa, the “plant is shutdown this week for regular maintenance, and for the Thanksgiving holiday.  We will be back to production starting on Monday, Nov 30th.  We wish everyone a safe and Happy Thanksgiving,” StarKist corporate spokesperson, Michelle Faist said yesterday from the US, responding to Samoa News inquiries.

Most businesses will resume operations on Friday, including the Post Office, with stores holding their Black Friday sales — American Samoa style — opening their doors between 5a.m.- 6a.m. (See Samoa News today for various advertisements on Black Friday in American Samoa.)

As has been the norm in the last few years, congested traffic is expected — early in the morning — around Malaeimi during the annual Neil’s ACE Home Center Black Friday event.

Look out for crazy traffic also near the Laufou Shopping Center, with Bluesky's Black Friday sale and across the street, Black Friday at CBT Hardware. Both start early in the morning — so expect backed up traffic.

Because of the holiday, police presence will increase island-wide and motorists are reminded not to drink and drive.

Thanksgiving officially kicks off the holiday season, and today is the annual Macy’s Thanksgiving Day Parade in New York City, with increased security, and full compliance with COVID-19 restrictions. The parade is aired on US television network NBC.

Friday is also Black Friday across the US, although many major US outlets have started their Black Friday sales online early this week.

In observation of Thanksgiving Day 2020, Samoa News will not publish today and returns on Friday, Nov. 27th.

Have a Happy Thanksgiving American Samoa, from the management and staff of Samoa News, wishing all a safe holiday and keep in mind the local COVID-19 protocol.