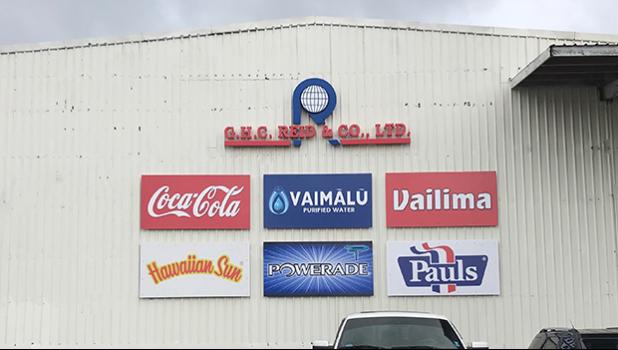 Pago Pago, AMERICAN SAMOA — Three employees of the GHC Reid & Co, Ltd were arrested and charged for stealing stock from their employer.

The three co-defendants are each charged with two counts of stealing; two counts of aiding or abetting another to embezzle, and one count of embezzlement, all class C felonies, punishable by a term of imprisonment of up to seven years, a fine of up to $5,000, or pursuant to A.S.C.A 46.2101, a fine equal to twice the amount of gain from the commission of said crime, up to a maximum of $20,000, or both.

On June 6, 2021, a representative from the GHC Reid & Co, Ltd filed a complaint at the Attorney General’s Office against three employees of GHC Reid for allegedly stealing stock from the company and selling it to several stores for the purpose of receiving money for their own benefit.

An internal investigation by the company revealed that the three co-defendants collected money from vending machines without submitting the required vendor report.

Hunkin re-issued phantom items from the warehouse without the items having been physically returned. Also, Hunkin falsely noted returns on the invoices from September 2018 to July 2019 but these items were never returned to the warehouse.

On or about May 29, 2019, an audit conducted by the warehouse manager revealed that the inventory on hand did not balance out with the reported inventory, triggering a more in-depth investigation into past months’ reported inventory and actual stock.

In September 2018, vending receipts and warehouse inventory showed stock checked out, but there were, however, no reports showing money collected or vendor reports (who got the stock).

During the months of September through December 2018, GHC Reid vending machine loss of product and money totaled $45,748.50.

On June 4, 2019, GHC Reid General Manager and Sales Manager interviewed Matagi about the account discrepancies. Matagi allegedly admitted to the fraudulent activities. He further stated that fraud was undertaken by himself, Naseri and Ms. Hunkin.

Matagi further alleged to the company’s managers that Ms. Hunkin was the mastermind behind the scheme.

The following day, June 5, Hunkin was interviewed by three senior officials of GHC Reid regarding the account discrepancies.

During another interview with Hunkin, she also admitted to submitting statements accounting for returned stock without the required documentation per GHC Reid inventory controls. Hunkin further stated she knew the proper procedures.

The stock reports filed by Hunkin under her exclusive control show she manipulated the stock reported from the actual physical stock.