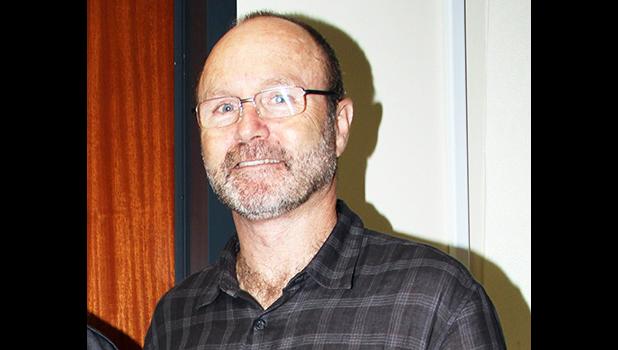 Pago Pago, AMERICAN SAMOA — Tri Marine International is hoping that the US National Marine Fisheries Service (NMFS) will agree with the company that fishing access in the “Overlap Area” is important to the US purse seiner fleet, especially vessels that deliver their catch to American Samoa.

Washington state based Tri Marine recently responded to a NMFS request for public comments on a possible change in the 2016 discretionary decision by the federal agency to apply, for three years, the tuna management measures of the Western and Central Pacific Fisheries Commission (WCPFC) to an area in the Pacific Ocean where the geographic jurisdiction of that international management body overlaps with its counterpart, the Inter-American Tropical Tuna Commission (IATTC).

“Operationally, we believe applying the rules of the IATTC in the Overlap Area, rather than those of the WCPFC, would improve the competitiveness of our vessels,” wrote Tri Marine’s chief operations officer, Joe Hamby in his comment letter, which also points out that the Overlap Area is within the federal government’s Effort Limit Area for Purse Seiners (ELAPS).

A footnote in the letter notes federal information from 2016, that the ELAPS restrictions implementing a WCPFC measure limits the number of fishing days for the U.S. tuna fleet in the U.S. EEZ and the high seas (the area also known by the feds as ELAPS) which are the waters covered by the Overlap Area. Once the limit has been reached, no fishing in the ELAPS area is allowed.

In his letter, Hamby explained that to comply with WCPFC rules, U.S. flag purse seiners have to limit the number of fishing days in the ELAPS. For example, in 2015 these boats had to stop fishing in the ELAPS on June 14. And in 2016 they had to stop on September 2.

“When those areas were closed the boats had to move to more distant fishing grounds. For those with the rights to do so, they moved to the Eastern Tropical Pacific,” he said. “For those that didn't, they had to buy expensive access — vessel fishing days — from Parties to the Nauru Agreement (PNA).”

He said that had the Overlap Area been managed under IATTC rules, these U.S. flag purse seiners would have, like their competitors, been able to continue fishing in the Overlap Area. And they wouldn't have had to move to more distant fishing grounds or pay expensive access fees.

“It's important to point out that the ELAPS, and within it Overlap Area, is geographically close to American Samoa,” said Hamby. “When boats have to move from the ELAPS to more distant fishing grounds, it impacts the volume of tuna landed in American Samoa.”

He also says that the economic impact of the ELAPS and Overlap Area closure, was significant as documented by NOAA's own study in August 2016 that was conducted by Valerie Chan and Dale Squires. (The study evaluated the economic impacts of the 2015 ELAPS closure to purse seine vessels, canneries and vessel support facilities in American Samoa.)

In conclusion, Hamby said, “We can only pray that you will share our view that fishing access in the Overlap Area is vitally important to the U.S. flag purse seiners, especially those that deliver their catch to American Samoa.”

“Applying IATTC rules to the Overlap Area rather than those of the WCPFC will improve the situation. We therefore recommend that the agency issue a draft rule for comment that would apply the IATTC measures in the Overlap Area, and not the WCPFC measures,” he said. “On balance, this change should have no significant conservation impact on the tuna resources in the Pacific.” All documents on this issue can found on federal portal [www.regulations.gov].