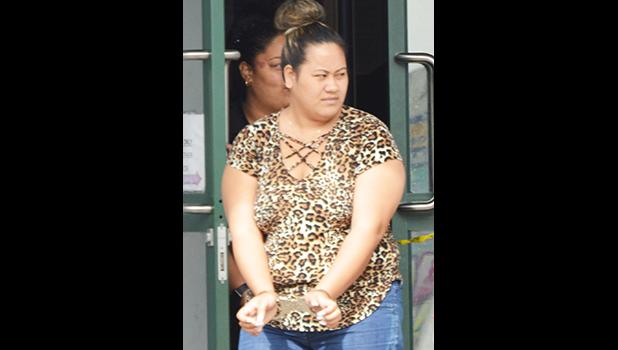 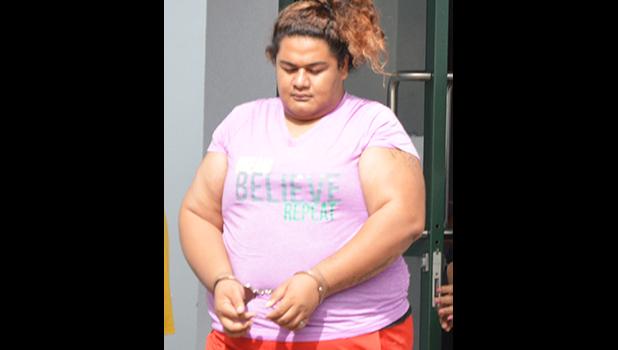 Pago Pago, AMERICAN SAMOA — Two individuals were arrested by police last week on the allegation that they went inside a house and assaulted a pregnant woman by kicking her while she was sleeping.

The two, Prince Palepoi, a 22-year-old male overstayer and Robeta Paepae, a 25-year-old female — both from Samoa made their initial appearances in court last week.

Both defendants were remanded back into the custody of the Territorial Correctional Facility (TCF) without bail.

On Tuesday, Aug. 4, 2020 about 12.57p.m, a woman, who was later identified as the victim in this case called 911, reporting from her home in Pago Pago that she was being assaulted and needed police assistance as soon as possible. Three police officers responded to the call and arrived at the scene shortly thereafter, where they observed two individuals in a vehicle parked outside the house, and inside the house were four females.

A woman came outside of the house and briefed officers about the what allegedly happened before officers were led into a bedroom by the victim’s mother where officers found two young women crying inside the room — identified as the victim and her sister.

Police interviewed the victim as well as other witnesses who were at the house during the alleged assault.

One witness told officers that both Palepoi and Paepae came in their vehicle, rushed into the house, went in the bedroom and beat up the victim while she and her sister were sleeping.

Officers found the two suspects in their vehicle trying to leave the crime scene. They were immediately apprehended and transported to Police Headquarters together with the victim and her sister for questioning.

During that time, the victim was crying and complaining about her stomach hurting. EMS was contacted and the victim along with her mother was transported to the LBJ by EMS.

According to the victim’s sister’s statement to officers, she and the victim were sleeping when all of the sudden they heard their door pushed open and Paepae and Palepoi came rushing in the room yelling at the victim. It was at that time that Paepae allegedly kicked the victim while she was lying down, pulling her hair and punching her in the face multiple times.

She jumped in to help her sister along with the victim’s mother, but Palepoi (male defendant) held the sister back to keep her from stopping Paepae from beating up the victim. Both suspects were yelling profanities at the victim, asking her why she talked shit about their family and their brother (victim’s boyfriend) on her Messenger app.

The victim’s sister further stated that her mother tried chasing both defendants out of the house but Palepoi swore at her before throwing a cup at the victim’s mother almost hitting her. Palepoi remained in the house even after being told to leave.