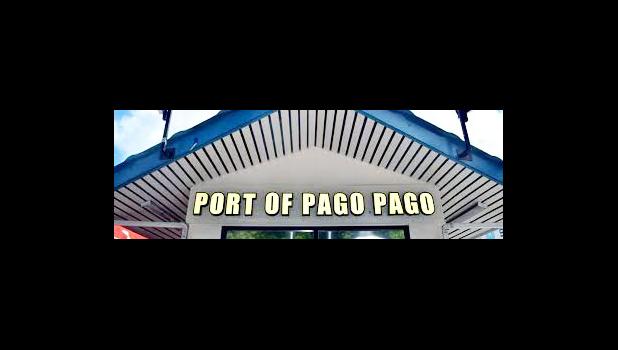 Pago Pago, AMERICAN SAMOA — Families and friends of the two Filipino men killed in a tragic accident last Saturday describe the two men as loving fathers and hard working men for their families.

The accident occurred Saturday on the main dock and ended the lives of two men, employees of local company, Peter E Reid Stevedoring.

Samoa News received confirmation from friends of the two victims that four men were doing routine maintenance on equipment when the accident happened. (No official details have been released of the incident to-date.)

Two were killed, one was taken to the hospital and is reported to be recovering well, the fourth one was released the same day. Friends of the two men told Samoa News that the two men who were killed were married with young children.

Samoa News received no other additional information regarding the tragic accident. Sources do confirm that an investigation is being carried out by the Department of Public Safety.

Samoa News visited both families of the two victims and they were able to each tell their stories about their love for their husband, their father.

Ariel S. Payos, one of the two victims, leaves his wife Christine and their three children, Erielle, Eula and young Ethanllovd.

The family of Ariel S. Payos, the second Filipino man killed in a tragic accident at the main dock last Saturday. Mr. Payos leaves behind his wife Christine and their three children, Erielle, Eula and young Ethanllovd seen outside of their home in Nu’uuli. [photo by AF]

According to his wife, Ariel was a hard working husband who worked everyday to provide for his family and his children.

“My husband was a loving father who wanted to do all good things for his children. All he wanted is good education for his children and that’s why he worked so hard to make sure his children gets everything they need in life,” Christine told Samoa News with tears in her eyes.

Surrounded by her three young children during the interview with Samoa News, the devastated wife said that on the morning of the accident her husband got up early in the morning to prepare for work.

Married for 20 years with three children, Kristine said her husband turned 44 years old last February. He has worked as a mechanic since he was a teenager and continued his work when he migrated to American Samoa over 20 years ago.

After a regular conversation with her husband on Saturday morning before Ariel went to work, Christine said she never thought that that would be her last moment together with her husband.

Around 9 p.m, Christine received a phone call from one of her husband’s co-workers and friend telling her to come to the LBJ Hospital because her husband was involved in an accident at work.

“We rushed to the hospital with my children to see my husband and I didn’t expect that I am going to receive tragic news about my husband. However, when we arrived at the hospital, we were informed by his friend that Ariel was gone,” Christine recalled tearfully.

“It was heartbreaking and I can’t describe the feeling I had when I first saw him lying on the bed. I cried aloud knowing that that was it.”

Ariel’s second daughter, Eula described her father as a loving person with a big heart. She said when she first saw her dad lying on the bed, she was devastated.

The family of Addie T. Calibuso, one of the two Filipino men killed in a tragic accident at the main dock last Saturday while at work. Mr. Calibuso leaves behind a wife, Nanette and two young children, Aicylle and Andren seen here outside of a friend’s house in Fagatogo. [photo by AF]

Addie T. Calibuso, a father of two young children was killed just six days away from celebrating his 52th birthday this Friday. He was described by his wife, Nanette as a family man who worked very hard to provide for his family back home and his young family here in American Samoa.

Addie and Nanette had been together for 20 years before they got married in 2017. He worked as a mechanic and he loved his job.

Nanette said her husband was a quiet person who minded his own business. Everyday he wanted to make sure his family had something to eat. He worked very hard to pay for his children’s school at the SPICC school in Fatu ma Futi.

“He’s a caring father with a loving heart who always smiled when he came home after hard work everyday,” Nanette told Samoa News.

Sharing the same story as the Payos family, Nanette stated that about 9p.m on this past Saturday, she received a phone call from a friend informing her to come to the LBJ Hospital because her husband was injured at work.

Nanette left her two young children at home and rushed to the hospital to see her husband.

“When I arrived at the hospital, I saw another Filipino lady (who is the wife of another Filipino man) crying while surrounded by other Filipino people. When I saw this, my heart was going fast thinking that something is wrong with my husband,” Nanette said.

Nanette walked inside the hospital and went straight into the Intensive Care Unit (ICU) and saw her husband lying on the bed trying to breathe.

“When I came closer to him that’s when I realized [there were] injuries on his body including his hands, facial area and his left side of his head. I looked at him with a heart full of love and I wanted to talk to him but I didn’t get that chance. He was lying on his bed until his last breathe,” Nanette said.

She further stated that she already contacted her husband’s family in the Philippines and informed them regarding the tragic news.

Members of the Filipino Community gathered at the houses of the two victims in Fagatogo and Nu’uuli to offer support to the families grieving the loss of their love ones.

“This is a time of sorrow,” a family member of one of the two victims said.

“I’ve lost a piece of me,” he said as he spoke tenderly to crying relatives of both victims, adding that the Filipino community shall get through this hard time together.

When asked about the gathering, this is his story:

As an immigrant from the Philippines, I know firsthand how superstitious Filipinos are as a whole. Many of those superstitions are rooted in pre-colonial beliefs and practices as well as the influence of Spaniards who occupied our country for nearly 400 years.

This has shaped our beliefs, customs and rituals when it comes to death.

Filipinos, especially those who practice Catholicism, approach the death of a family member or friend with cultural and religious reverence and respect. And here in American Samoa, Filipinos born in the territory are no different. These rituals typically involve three things: communal mourning, superstition and food.

From the time of death begins nine consecutive days of the Rosary for the Dead, also known as Novena prayers. The nine days are based on Catholic teachings. During this time, the family invites other family and friends to pray and mourn together, often followed by the sharing of more food. Communal mourning is part of the grieving process.

As Catholics, we partake in another very special and meaningful tradition — the cutting of the rosary. We place a rosary in the hands of the deceased before burial. Usually a family member or close friend cuts the rosary held by the deceased in the belief that another death in the family will not follow.

Those who are very superstitious and afraid of ghosts may wear the color red to drive the loved one’s spirit away. However, most Filipinos will wear black clothes as a sign of mourning until the one-year anniversary of the loved one’s passes. This tradition is followed by both the young and old.

We also have a superstition known as Pagpag, shaking off the dust and dirt from the burial. This is done by going to eat with other mourners at a restaurant instead of going directly home. This keeps us from bringing the dust of death back home as well as the spirit of the dead. And to that end, we never bring flowers home from the funeral, as it’s believed to bring bad luck.

Another custom is passing our young children over the coffin before burial. It is an ancient ritual to ensure the deceased spirit leaves the children alone.

Our sincere condolences go to the families of the two passing fathers.