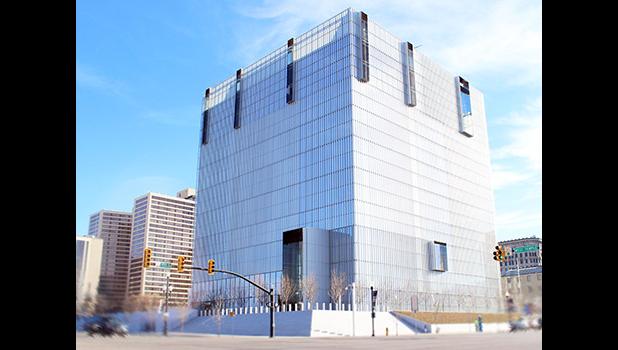 Pago Pago, AMERICAN SAMOA — “Persons born in American Samoa are citizens of the United States by virtue of the Citizenship Clause of the Fourteenth Amendment,” declared US District Court Judge Clark Waddoups of the federal court in Salt Lake City, Utah, in a 69-page opinion issued yesterday.

Under federal law, persons born in American Samoa are US Nationals, but Waddoups ruled that this statute “is unconstitutional both on its face and as applied to Plaintiffs.”

The judge prohibited the defendants from enforcing this federal law.

Furthermore, the defendants are “not [to] imprint Endorsement Code 09” in the plaintiffs’ US passports. Defendants are ordered to “issue new passports to Plaintiffs that do not disclaim their U.S. citizenship.”

Passports issued by the US State Department to US nationals have the disclaimer stamp on the travel document, indicating that they are not US citizens.

“Defendants’ practice and policy of enforcing” federal law “through imprinting Endorsement Code 09 in the passports of persons born in American Samoa is contrary to constitutional right and is not in accordance with law,” Waddoups said. “Defendants are enjoined from further enforcement of that practice and policy.”

Waddoups’ decision was the result of a federal lawsuit filed last year by three American Samoans — John Fitisemanu, Pale Tuli and Rosavita Tuli — who argued that because they were born in American Samoa, a US territory, they are entitled to citizenship under the 14th Amendment, the Citizenship clause of the US Constitution. The plaintiffs reside in Utah.

Defendants in the case include senior officials of the US State Department, and ASG and Congresswoman Aumua Amata were allowed to intervene in the case.

Local attorney, Charles Alailima, one of the attorneys for the plaintiffs, said yesterday from Washington D.C., “I think the judge was persuaded not just by the clear application of 14th amendment and constitutional law but also by the history of why citizenship was denied to Samoans” as cited expensively in the opinion.

He added that he and another plaintiffs attorney, Neil Weare of the Equally American civil rights group are working on a detailed news release “after we have had a chance to fully review the decision and consult our clients and other assisting attorneys.”

Responding to Samoa News request for comments, attorney Michael F. Williams of the Washington D.C. law firm of Kirkland & Ellis LLP,  said the “court's opinion was incorrect about important points of law, and its ruling was without precedent in many respects.”

“Unfortunately, the Utah federal court's decision was dismissive about the self-determination of the American Samoan people and the distinctive cultural traditions that make Samoa special,” he said via email yesterday afternoon. “The court hardly addressed those vitally important issues, giving them a couple of paragraphs at the end of the opinion.”

He said ASG and the Congresswoman intend to appeal this opinion to the U.S Court of Appeals. No reaction yet from attorneys representing the defendants.

The federal government moved to dismiss the case, arguing among other things that only the US Congress has the authority to grant US citizenship to outlying US territories such as American Samoa and this has not been done to American Samoa. ASG and the Congresswoman both support the defendants.

But the federal court disagreed with the defendants and the intervenors, and granted plaintiffs’ motion for summary judgment.

In the ruling, Waddoups points out that any US State Department policy that provides that the citizenship provisions of the Constitution do not apply to persons born in American Samoa violates the Fourteenth Amendment.

Therefore, defendants are enjoined from enforcing any Department of State Foreign Affairs Manual provision that provides that the citizenship provisions of the Constitution do not apply to persons born in American Samoa.

The decision also cites provision of another federal court case several years ago — “The fourteenth amendment, while it leaves the power, where it was before, in Congress, to regulate naturalization, has conferred no authority upon Congress to restrict the effect of birth, declared by the constitution to constitute a sufficient and complete right to citizenship.”

According to the judge, the intervenors argue that the court “should dismiss the complaint for at least two additional reasons.” Intervenors first argued that “imposition of citizenship by judicial fiat would fail to recognize American Samoa’s sovereignty and the importance of the fa’a Samoa.”

In response, this court is not imposing “citizenship by judicial fiat,” said Waddoups, who points out that this action is required by the mandate of the Fourteenth Amendment as construed and applied by Supreme Court precedent.

Furthermore, plaintiffs are American Samoans, who brought this action, seeking to realize their rights to citizenship under the Fourteenth Amendment. “Intervenors cannot be said to represent the will of all American Samoans,” the judge said.

In its amicus brief, the Samoan Federation of America, Inc. — one of the co-plaintiffs — argues that the American Samoa Government’s “elected officials’ concerns that birthright citizenship presents a threat to American Samoan self-determination or cultural preservation are misplaced.”

“It is not this court’s role to weigh in on what effect, if any, a ruling in Plaintiffs’ favor may have on Fa’a Samoa. This court must apply binding precedent,” the judge said in the decision, which points to a wide range of federal court cases — including the Insular Case — to reach the decision.

Samoa News notes that an identical federal lawsuit several years ago at the federal court in Washington D.C. was dismissed.