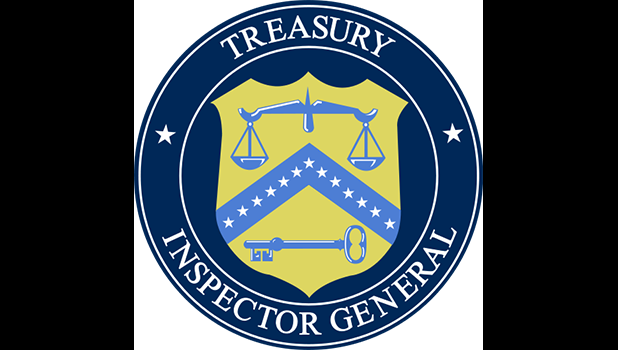 Pago Pago, AMERICAN SAMOA — The US Treasury’s Office of Inspector General (OIG) believes that checks given to lawmakers from American Samoa’s share of more than $35 million federal Coronavirus Aid, Relief, and Economic Security (CARES) Act funds “are unrelated to the COVID-19 health emergency.”

This is according to Deputy Inspector General Richard K. Delmar in a July 14th letter to ASG Treasurer Ueligitone Tonumaipe’a, who was also informed that if Fono members have already used the payment the federal agency will “seek recoupment of those funds.”

Delmar’s letter — made public by US Treasury-OIG on its website — followed a July 10th meeting with Tonumaipe’a and ASG Treasury official Blanche Barber to discuss what Delmar characterized are “some of the matters that have come to our attention” regarding US Treasury’s Coronavirus Relief Fund payment to American Samoa under provision of the CARES Act.

Also there was no mention in Delmar’s letter of discussion regarding reports that the governor had also given COVID-19 funds to the Judicial Branch.

Local resident, Steven Jay Pincus Hueter early last week filed an official complaint with the US Treasury’s OIG, alleging “flagrant misuse and misappropriation” by Gov. Lolo Matalasi Moliga and ASG of the COVID-19 money allocated to American Samoa. The complaint centers on the money given to the Fono and to the four village aumaga. (See Samoa News edition July 9th for details.)

Samoa News notes that it’s unclear at this point as to whether or not it was Hueter’s complaint or others, that prompted US Treasury to look into this spending of federal money. Efforts to get more information were unsuccessful at press time.

According to Delmar, the ASG Treasurer confirmed that direct payments were issued to Fono members from Coronavirus Relief Fund proceeds to support members’ teleworking from their homes. Specifically, payments of $20,000 were made to of the Senate President and House Speaker, and $10,000 to each senator and faipule “to set up home offices, internet, fax, and office equipment.”

However, it was also noted that prior to the COVID-19 public health emergency, the legislative building had been under construction, and the Fono members were using other facilities, such as the Fale Samoa Cultural House and Lee Auditorium, to hold hearings, Delmar wrote.

Additionally, Fono members were already teleworking due to these circumstances prior to COVID-19.

Delmar referred Tonumaipe’a to US Treasurer’s June 30, 2020 Guidance for state, territorial, local and tribal government in how the funds are to be used. That is the CARES Act provides that payments from the Fund may only be used to cover costs that were incurred during the period that begins on March 1, 2020, and ends on December 30, 2020.

In particular, “a State, local, or tribal government may use payments from the Fund only to cover previously unbudgeted costs of necessary expenditures incurred due to the COVID–19 public health emergency during the covered period,” Delmar quotes from the Guidance.

Additionally, US Treasury addresses the payment of stipends in its Frequently Asked Questions (FAQ), dated July 8, 2020:

•     Expenditures paid for with payments from the Fund must be limited to those that are necessary due to the public health emergency. As such, unless the government were to determine that providing assistance in the form of a stipend is an administrative necessity, the government should provide such assistance on a reimbursement basis to ensure as much as possible that funds are used to cover only eligible expenses.

“Since Fono members were already in telework capacity prior to COVID-19 due to the ongoing construction of the legislative building, we believe the stipend payments... are unrelated to the COVID-19 health emergency,” Delmar wrote.

“In fact, it was noted that one representative returned the payment, while another senator donated the payment to a hospital,” he said, noting that there appears to be inconsistency in the interpretation of Treasury’s FAQ.  (Samoa News notes that two House representatives have publicly stated that they are returning the $10,000 back to ASG.)

Accordingly, “we request that payments issued to Fono members are returned to the American Samoa Government for future uses related to addressing the COVID-19 pandemic,” Delmar wrote to Tonumaipe’a.

“To the extent that Fono members have already used payments, our office will seek recoupment of those funds in accordance with the CARES Act,” he explained.

“As they relate to future telework due to the ongoing health emergency for individuals not in a telework status prior to the COVID-19 emergency, payments to individuals should be on a reimbursable basis to ensure that the funds are used to cover only eligible purchases that support telework and receipts for such purchases must be maintained,” Delmar noted.

Another matter discussed with Tonumaipe’a is spending $390,000 to lease office space at Sadie’s by the Sea hotel, but as of July 10th, the ASG has not used its Coronavirus Relief Fund proceeds to execute the lease.

Tonumaipe’a was informed that US Treasury’s FAQ addresses leases that are necessary for COVID-19 uses:

•     A government should not make prepayments on contracts using payments from the Fund to the extent that doing so would not be consistent with its ordinary course policies and procedures.

Delmar said US Treasury-OIG requests that before any payment for the Sadie’s lease is executed, Tonumaipe’a provide the federal agency with clarification and other support on how this lease relates to the COVID-19 health emergency and meets the uses of funds under the CARES Act.

This should include a written explanation of how planned uses of the leased office and meeting spaces for Fono members will differ from the home telework and the use of other facilities for hearings that have been ongoing prior to the COVID-19 pandemic, he further explained.

Also discussed in the July 10th meeting was payment of $10,000 each to four villages — Leone, Faleniu, Nu’uuli and Pago Pago — whose aumaga are to assist with enforcement of COVID-19 restrictions.

According to Delmar’s letter, Tonumaipe’a confirmed the payments and the ASG Treasurer expects to distribute payments to the remaining villages given that they are governed by Chiefs. As such, the Chiefs are responsible for enforcing American Samoa government initiatives.

Tonumaipe’a was reminded by Delmar that villages’ uses of funds must be reported by American Samoa officials responsible for reporting interim data due July 17, 2020 and quarterly data due in the GrantSolutions portal on September 21, 2020 and thereafter, as required in the Coronavirus Relief Fund Reporting and Record Retention Requirements memorandum of July 2nd.

Furthermore, village officials must maintain records and receipts to support that uses of funds meet the CARES Act and Treasury’s Guidance and FAQs.