UPDATE: Jonathan Fanene pleads 'not guilty' to charges against him 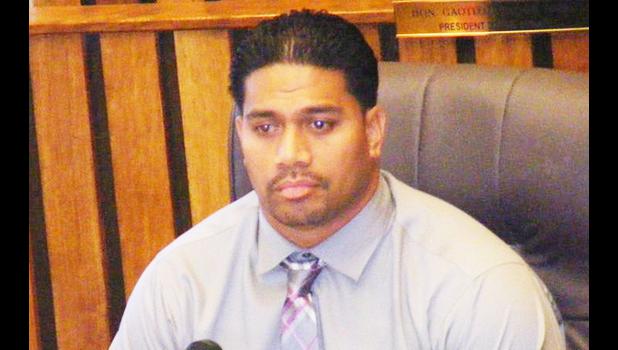 Pago Pago, AMERICAN SAMOA — A Pre-Trial Conference (PTC) for Jonathan Fanene is scheduled for July 25, 2019 at 9 a.m after he entered pleas of 'not guilty' to the charges against him during arraignment before Associate Justice Fiti Sunia last week.

Fanene, who is out on a $100,000 surety bond, is represented by private attorney Marcellus Talaimalo Uiagalelei, while prosecuting the case is Assistant Attorney General Laura Garvey.

When Fanene’s case was called, Uiagalelei informed the court that his client waives the formal reading of the charges and he is pleading 'not guilty'.

Afterwards, Sunia called attorneys from both sides to the bench and spoke to them for about five minutes.

Fanene is facing 8 felony charges and 5 misdemeanors for allegedly assaulting his wife and sister on Sunday, May 26th, holding his wife against her will, and possession of unlicensed and prohibited firearms.

Court documents allege that the former NFL player and former director of the ASG Dept. of Youth and Women's Affairs (DYWA) used a pipe, golf club, and broom handle to assault his wife and his sister over allegations that he had an extramarital affair while on a trip to Hawai’i last month.

Fanene is scheduled to appear in court this morning for a Permanent Civil Protection Order hearing.

Samoa News understands that a Restraining Order (RO) by the court was issued against Fanene two weeks ago, after he posted his $100,000 surety bond, on the allegations the he attempted to contact his wife.

One of the conditions of Fanene’s release on bond is that he not make any direct or indirect contact with the victims or the government's witnesses in this case.

The two victims are Fanene's sister, and his wife Lori.