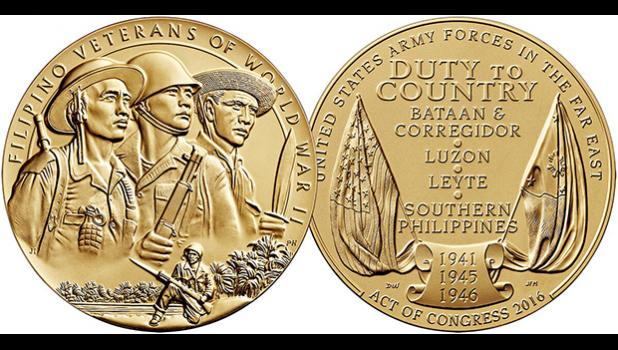 Washington, D.C. —  Congresswoman Uifa’atali Amata welcomed House passage Monday of legislation she cosponsored, honoring 13 service members with the Congressional Gold Medal, who lost their lives serving in Afghanistan during the U. S. withdrawal and evacuation efforts. This Medal is the highest honor or expression of national appreciation that Congress can bestow.

“Our thoughts remain with the Gold Star families of these service members, who gave their lives helping others get to freedom and safety,” Amata said. “The House has voted to permanently honor their bravery as a national way of saying thank you to them and their loved ones. I appreciate Congresswoman Lisa McClain’s work in leading this legislation.”

Once the bill is passed by the U.S. Senate also, the medals will be specially created by artists then made by the U.S. Mint, under Director David J. Ryder, who visited American Samoa in February, 2020, for the launch of the National Park of American Samoa quarter.

The bipartisan bill was sponsored by Congresswoman McClain (R-MI), and gained widespread support throughout the U.S. House of Representatives. The bill will “award posthumously a Congressional Gold Medal, in commemoration to the service members who perished in Afghanistan on August 26, 2021, during the evacuation of citizens of the United States and Afghan allies at Hamid Karzai International Airport.”