U.S. Rep. Westerman shocked at the condition of LBJ Hospital 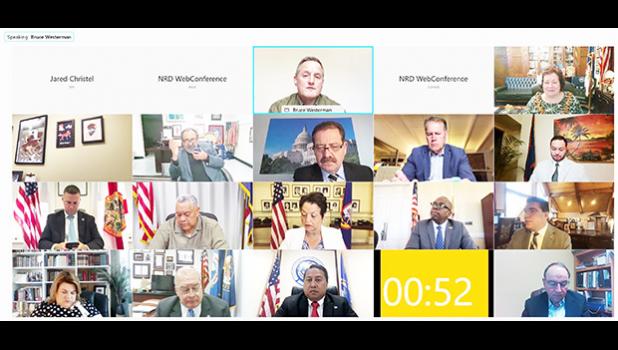 “In 2017, I was part of a bipartisan congressional delegation that visited several islands in the South Pacific,” Ranking Member Westerman said, in Wednesday’s hearing of the full Natural Resources Committee. “I remember being quite shocked at the state of the Lyndon B. Johnson Tropical Medical Center.”

“The estimated needs of that facility are in excess of $100 million just for modernization, and three-quarters of a billion for a complete replacement,” he continued.

“This is the only hospital in American Samoa, and American Samoa has as high a per capita Veteran population as any of the states and territories.

“The hospital, my understanding is, it doesn’t come up to the requirements that the VA requires, so we spend a lot of money doing air ambulance to Hawaii every year.

“We should be looking at common sense solutions that would invest that money back in infrastructure, so that everybody on the island would have a quality hospital to use — that would meet VA standards.”

Congresswoman Amata welcomes this key support and appreciates Ranking Member Westerman’s friendship to American Samoa, and his important statement this week, which helps to inform Congress about this necessity in American Samoa.

“I’ve had the great opportunity to visit all the territories,” Ranking Member Westerman said. “Beautiful places with wonderful people.”

In light of the rapid rise in the national debt, Ranking Member Westerman is also urging strong congressional oversight and best usage of how federal agencies spend the massive tax dollars in recently passed legislation, especially the $1.9 trillion relief act, and what those funds’ role might be in promoting infrastructure.