VA prepares for more health visits that were postponed during pandemic 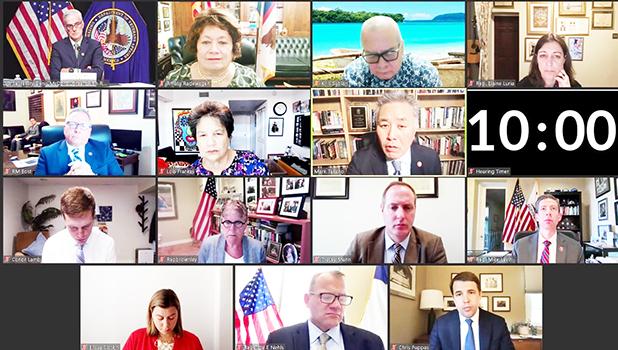 Amata’s question to VA Secretary sheds light on the issue

Washington, D.C. — Congresswoman Uifa’atali Amata took part in a Tuesday hearing focused on next year’s budget for the Department of Veterans’ Affairs (VA), in which VA Secretary Denis McDonough testified.

In his answer to Congresswoman Amata’s question, the Secretary testified on the reason the VA is preparing for a surge in health care cases. Since the U.S. population in general is believed to have postponed some 40 percent of doctor and other health visits during Covid-19, the VA anticipates similar percentages among Veterans.

The House Veterans’ Affairs Committee (HVAC) examined the Biden Administration’s requests for a major funding boost, including plans for thousands of additional VA staff, through a requested 2022 increase of 10 percent to over $269 billion, followed by a fiscal year 2023 increase of another $29 billion.

“In recent years, Veterans’ services have been funded at growing amounts, and VA reforms have resulted in some much-needed improvements in backlogs and modernization efforts, and we want to build on that,” said Congresswoman Amata. “The administration proposal would again be record funding. We need to be sure funds are being used in the most effective ways to help Veterans, and used where needed most.”

In her question, Congresswoman Amata said, “Secretary McDonough, the VA assured the Committee many times over the last year that the Department was effectively mitigating the impact of the pandemic by transitioning care to telehealth – which the VA has been a long time leader in – and contacting every veteran who had an appointment or referral that had been cancelled to make sure their needs had been met. If that was true, why does this budget submission still assume there is significant pent-up demand for care that will lead to a surge at the end of this calendar year and into the next?”

In his response, Secretary McDonough testified that the VA estimates that surge because the general U.S. population has been foregoing up to 40 percent of non-covid care during this time.