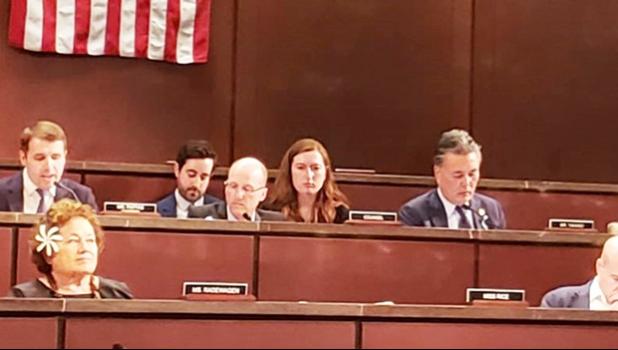 Washington, D.C. — Congresswoman Aumua Amata is welcoming this week’s examination in the Veterans’ Affairs Committee of a bipartisan bill to strengthen oversight at the U.S. Department of Veterans Affairs (VA), which was introduced in February by Rep. Kathleen Rice (D-NY) and Rep. Aumua Amata (R-American Samoa).

“Ultimately, this helps the VA better serve those who have served our country,” said Rep. Amata, Vice Ranking Member of the Committee on Veterans’ Affairs. “The Inspector General conducts necessary investigations that ensure services are carried out as designed, or that resources go where Congress intended. That’s good for veterans. Thank you especially to Rep. Kathleen Rice for her leadership on this legislation, and the considerable bipartisan support for this practical effort.”

The bill would reduce limits on the Inspector General – currently Michael Missal – and permit use of the subpoena to gather information from former VA employees, former contractor personnel, and other potentially relevant individuals, during VA Inspector General investigations. By granting this authority, Congress can give the VA Inspector General more tools to protect America’s veterans and help ensure the VA is operating more effectively.