Veterans Stadium dust up ends with a fine and probation 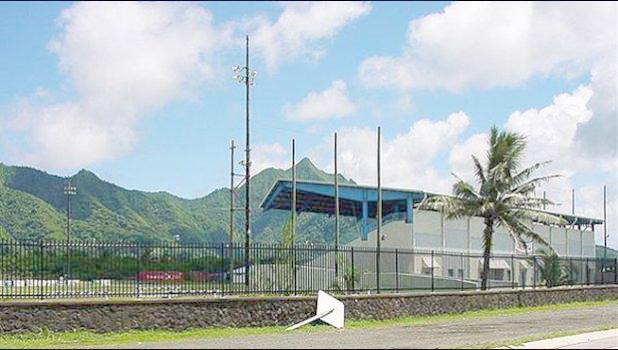 Pago Pago, AMERICAN SAMOA — A man convicted of assaulting a man in the Veterans Stadium parking lot was ordered to pay a $1,000 fine as a condition of his 12-month probation.

Natu Moana, who had been released on bond, appeared in High Court last week for sentencing.

Moana was initially charged with one count of 2nd degree assault, a class D felony, punishable by imprisonment terms of 5 years, a fine of up to $5,000, or both. Under a plea agreement with the government, accepted by the Court, Moana pled guilty to the amended count of 3rd degree assault, a class A misdemeanor, punishable by imprisonment of up to one year, a fine of up to $1,000, or both.

By his guilty plea, Moana admits that on Dec. 13, 2020 outside at the Veterans Stadium parking lot, he assaulted a man by punching him in the face twice before he jumped in his car and left.

When given the chance to address the court, the defendant apologized to the victim and his family, as well as the court for what he did.

He told the court that he’s truly remorseful for what happened and he promised that he would never commit another crime in the future. Moana further stated to the court that his wife is 6 months pregnant and he wants to be with her.

Defense attorney asked the court for a probated sentence for his client. According to the defense attorney, Moana is a man who works very hard to provide with his family as a Technician at a private company. The Probation office also told the court that the man deserves a second chance.

The prosecutor echoed the defense attorney’s statement and asked the court to adopt the recommendation by Probation.

In delivering its decision, the court noted that both defendant and the victim were drunk when the incident happened. As a result, the defendant punched the victim causing injuries. The court also stated that according to the Pre Sentence Report (PRS), the defendant had no prior criminal record before coming before the court for this case.

Moana was sentenced to one-year imprisonment. Execution of imprisonment was suspended and the defendant was placed on probation for 12 months subject to several conditions, including refraining from consuming alcohol or possessing illegal drugs, and he will be subject to random testing to make sure he’s in compliance with the stay clean order.

The defendant shall also apologize to the victim’s family in the presence of a Probation officer and pay a fine of $1,000. Moana was also ordered to serve a period of detention of 90 days, and was credited for the 4 days he served before he posted bond. The balance was deferred by the court.

The court also advised Moana not to take the conditions of his probation lightly because the court would only give a person one chance.

The case against Moana stems from an incident when police were called for assistance by the victim’s sister, who said her brother was assaulted by Moana at the Veterans Stadium parking lot on Dec. 13, 2020. Prior to the incident, both the defendant and the victim were at a bar.

On the day in question, the victim was at Maliu Mai with friends and after a couple of drinks, his friend wasn't too happy to discover that the drinks had been added to her tab.

Police claim that the victim became upset and had to be removed from the bar "for being rowdy." His friend with the bar tab accompanied him outside.

At this time, according to the criminal complaint, Moana was sitting in a vehicle in the parking lot, video chatting with his mother who was off island.

According to the defendant's statement to police, the victim "suddenly showed up at his car and asked in a violent tone" if he knew where Nata was.

Moana said he replied, "That's me." The victim then left.

One hour later, the defendant left Maliu Mai and went to the front parking lot of the stadium and parked his vehicle there awaiting his friends who were at the bar. Later, a vehicle pulled up and Moana saw the victim exit his vehicle and walk towards his vehicle.

The defendant told police that the victim approached him with a threatening physical movement so he got out of the car and punched the victim twice.

Moana said he was worried that the victim was going to do something so he "stood his ground in self-defense.” He claims he didn't punch or kick the victim once he was on the ground, but he got into his car and left.