Without “state of emergency”, price of ciggies dictated by ‘free market’ 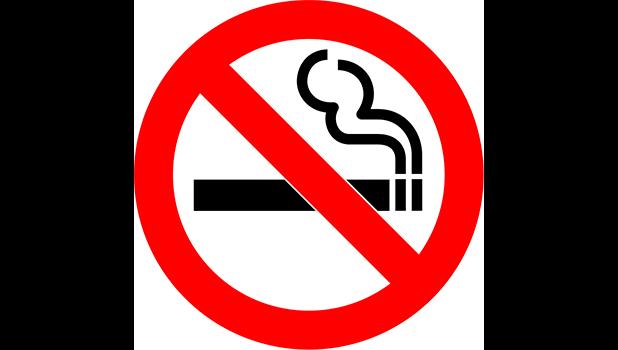 The price gouging law does not apply
By
Fili Sagapolutele
fili@samoanews.com

American Samoa operates under a “free market” when it comes to the prices of goods sold to consumers while the local “price gouging” law, applies only when the governor has issued an “emergency declaration,” says Attorney General Talauega Eleasalo Ale in testimony before a House committee last week.

Public concerns over the sudden hike of the cost of a pack of cigarettes — from about $8 to around $10 and at some stores on island it’s about $11 — voiced with lawmakers prompted the House hearing, covering that and other topics.

Many smokers have alleged that the sudden hike in price is outright illegal, and rumors have stores as well as individuals now selling cigarettes individually — at $1 per cigarette.

One of the issues raised from the public with lawmakers deals with the local “price gouging” law that should apply to these stores, who suddenly raised cigarette prices, taking advantage of the shortage.

During the House hearing, Rep. Vesi Talalelei Fautanu Jr., asked if there are any laws regarding the rights of business owners in setting prices, for example, on cigarettes, which are reportedly facing a shortage on island for some major brands. And because of the shortage, he said, it appears from some of the reports he has received that stores have hiked the price from $8 to $10 or even $15 a pack.

Vesi acknowledged that prices are “competitive” when it comes to stores selling goods, but he is just surprised with such a sudden and drastic hike in the cost of cigarettes.

Talauega, however, explained that the price gouging law applies only when the governor declares a “state of emergency”. And when a state of emergency is declared, businesses are prohibited from increasing prices of goods by 10% or more.

However, there is no provision in the law, specific to when there is no declared state of emergency, he said, adding that if the public including lawmakers know of stores which all of a sudden raise prices due to a shortage of a product, such information should be shared with the Attorney General’s Office, which they will then have staff under its Consumer Protection Bureau look into such matters.

“Is it illegal to increase — for example — a price of cigarette from $1.50 per pack to $10 a pack?” House Vice Speaker Fetu Fetui Jr., asked and Talauega said “no”, but the Consumer Protection Bureau would still need to probe — why the drastic increase in price.

Talauega noted that a new law enacted not long ago hiked the excise tax on these products — referring to cigarettes. Despite, this law, Talauega believes that the retail cost shouldn’t be at $10 per pack, but the Consumer Protection Bureau can probe into why this product has gone up to $10 a pack.

“So the store owner raising prices is still legal?” Fetui asked, to which Talauega replied “yes” as there is no current declared state of emergency and perhaps the stores raising prices is to “capture” these types of products, which are currently in shortage.

Fetui, who owns a store, then told the committee that increasing prices at a store “is up to the owner [and] we have no business if it’s raised to $10 plus another $10. It’s up to the owners on their prices.”

Responding to questions from Rep. Vui Florence Saulo, Talauega , she reminded lawmakers that American Samoa operates under a “free market” in which vendors set prices and compete with others.

Additionally, a shopper has the “freedom” to choose the store to make a purchase — if one store is expensive, go to the next one, he said and noted that there are so many stores on island, almost one store on top of the other.

For stores, with high prices, he said the owners should keep in mind that American Samoa is a small community and to love the people, who are their customers.

Talauega then added, that he doesn’t have much to say about cigarettes, which is a product that he believes — just his own thoughts — should be banned in the territory, because of the many people who are sick from this product. He again emphasized that these are his own personal thoughts.

With Talauega’s personal thoughts about cigarettes, Vui asked for advice about banning the importation of cigarettes. “I’m just asking for your legal advice” since it’s free because the AG is now before the committee.”

Talauega cracked a smile and then offered his thoughts: He believes that this product shouldn’t be banned, but there are ways to reduce cigarette consumption for a healthy community — for example, increase the cost through excise tax, that may make it difficult for smokers to afford the product.

He also said that banning cigarettes and tobacco products could have negative results. For example, if off island people — such as visitors, tourists and business people — know that American Samoa has a ban on cigarettes, they would not come to the territory to visit, to hold business conferences or regional sporting events.

And this means, he said, there is no new money coming into the economy. “Those are my thoughts on the issue,” he said.

Vui said she has been thinking for a long time about introducing a bill to ban the importation of cigarettes and other products, for health reasons, saying that there are smokers who have no problem lighting up next to non-smokers.

The Tualauta faipule then announced during the hearing that “there’s going to be a time when I will sponsor a bill on this issue” for health reasons.

Asked why there’s a cigarette shortage on island, Samoa News is still unable to obtain any firm information at this point from the private sector. But despite the high cost, smokers are out there going from store to store looking for cigarettes and paying whatever the store charges.

Samoa News found a store on the western side of Tutuila selling a pack of cigarette at $11.99 on Sunday, while another store sold a pack for $10.75. It should be noted that the popular brands, which seem to be ‘short’ are US brand cigarettes.