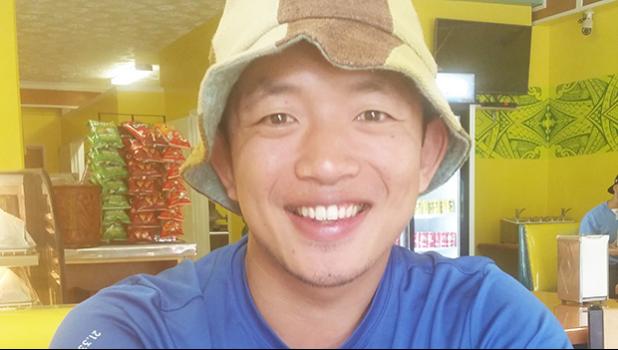 If all goes as planned, high school students in the Manu’a Islands will be producers, publishers, and even authors before the end of the year.

Beginning today, Monday, selected students at the Home of the Segaula will be part of a workshop coordinated by Daniel Lin, a freelance photographer with ties to National Geographic.

“The ultimate goal of all this is to obtain student-driven stories about how young people in Manu’a feel about their island home being completely off the grid,” Lin said during an interview with Samoa News on Wednesday.

Lin, 29, is originally from New York but lives in the Aloha State. He is a ‘true Samoan’ at heart, always grasping whatever opportunity he gets to visit American Samoa, especially the Manu’a Islands where he served as a World Teach volunteer teacher during the 2009-2010 school year.

Lin arrived in the territory a week ago and departed for Manu’a, last week Friday.

The plan is simple. But the outcome is expected to be spectacular.

For one week, Lin will be training young people in Manu’a on ways to properly use the written word, video clips, and photographs to tell ‘their story’ about what energy efficiency means to them, the importance of such a development, and what they hope will be the effects the move will have on the future of the island group.

Manu’a made international news recently, with the installation of new solar facilities that has the residents there relying 100% on solar energy.

The impact of the new Solar City project on the community of Ta’u has sparked an interest in Lin, who says information that is handed down through writings and photographs — by people who actually live it — is something that is crucial in every culture, especially the Samoan Islands.

Lin wants the information to be recorded and documented through the eyes of the youth who live, instead of stories that are written by outsiders and foreigners who are not native to the land.

“It is very important that we share these stories from generation to generation, as told by the Samoan people,” he said, adding that not only does the project aim to get young people involved, it could serve as a stepping stone for future writers, aspiring photographers, and even historians who may end up in leadership positions in the future.

After the information is compiled, Lin will help with the editing process and submit the stories to whom ever is interested in reading about them.

Imagine the pride our young people will feel when they see their work published in newspapers, magazines, and online!

Lin initiated the same project in Micronesia and it was a huge hit.

According to Lin, the technology boom has made information accessible to people all over the world.

“I want to teach these kids that the Internet is very powerful. I want them to look at it as a ‘tool’ instead of just a ‘toy’,” he said.

Last year, the Pacific Resources for Education Learning (PREL) launched the Pacific Storytellers Cooperative, an Internet platform for place-based stories from all Pacific Islands to be shared with a global audience.

The multimedia effort embraces the rich Pacific storytelling heritage and brings it into the Internet age.

Lin, who is a senior research and policy specialist for PREL, serves as the director of the program.

He explained that the project seeks to find the nexus between oral traditions of our island communities and present-day modalities of communication, especially among youth of the Pacific.

“Storytelling is a very embedded part of Pacific culture and Indigenous cultures generally. We want to encourage the younger generations to take up the mantle of telling stories and to take advantage of greater levels of connectivity and improved technical capacity — which exists even in remote places.”

The Cooperative accepts submissions in all forms from Indigenous Pacific Islanders and residents, including written stories, photos, videos, and poetry.

Lin’s trip to the islands is sponsored by PREL and the Pacific Storytellers Cooperative is supported by a PREL grant from he National Science Foundation.

An editorial advisory group composed of volunteers from across the region will serve as content curators and submissions will be edited for clarity and length.

More information can be obtained by logging on to <storytellers.prel.org>

Lin is a key storyteller for the Worldwide Voyage to National Geographic through his photographs and stories. He has spent enough time in Manu’a to be able to call it his ‘special place,’ his ‘home.’

In addition to his work at PREL and National Geographic, Lin has been involved with the Polynesian Voyaging Society (PVS), which he started volunteering for in 2011.

The PVS is the driving force behind the Worldwide Voyage for the Hokule’a, a 47,000 open-ocean journey around the globe “to find and grow inspiring efforts to protect our earth for future generations.”

Lin’s work at PREL focuses on education and climate change in the Pacific.

He has a deep interest in connecting modern climate science with traditional knowledge, and grounding it in education. He holds an undergraduate degree from the University of Connecticut and a Masters degree from Harvard University.

In an initial interview with Samoa News, Lin explained that his work with PVS and his trips to the Samoan Islands helped him realize part of this dream and that is — to contribute something positive.

He said he didn’t want to work in the corporate world where the rich get richer. “I didn't want that life”.

So when the opportunity to travel to American Samoa was offered to him for the first time in 2009, “I jumped at it,” he recalled. “I really wanted to get to a place where I can un-learn everything that I was taught and re-learn how to become a part of the world.”

His hunger for adventure took him further though — to the Manu’a Islands.

As a National Geographic explorer, Lin writes about his travels in the Asia Pacific region, documenting everything from culture to climate change.

“It’s not all about beaches and paradise but instead, about struggles and unique stories that are found in these areas of the world,” he told Samoa News last year. “My work is to provide exposure and awareness for a region that I care about.”

Lin hopes that upon the completion of his work in Manu’a this week, and with permission from the local Department of Education, he will be able to host a similar workshop for high school students in Tutuila.