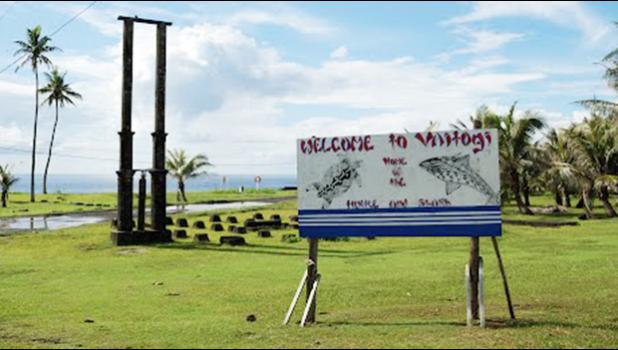 Pago Pago, AMERICAN SAMOA — Days after being reported missing by his family and friends, the body of a Vietnamese national was found dead inside a house in Vaitogi last week.

When asked for a comment, Deputy Commissioner, Foifua Foifua Jr confirmed to Samoa News yesterday morning that police arrested a 19-year-old male last Friday in connection with the matter and the suspect is now in custody awaiting his initial appearance in Court this morning.

Foifua Jr said the disappearance was reported to authorities last week on Thursday and CID detectives questioned families and friends of the Vietnamese man.

After collecting the information, police started looking for the main suspect Thursday night and they followed up on a lead on Friday morning resulting in the apprehension of the suspect after which they transported him to the Police Station for questioning. He was later taken to the Territorial Correctional Facility (TCF) where he’s now detained.

Based on the injuries sustained by the victim, it appears that the suspect allegedly used a knife during the crime.

It’s not clear at this point what allegedly triggered the incident.

It was all brought to Samoa News’ attention after members of the public and the Asian community called asking if there was any truth to rumors that were circulating.

A source told Samoa News that several Vietnamese people approached the house of a high chief in one of the villages looking for help in this matter.

The Vietnamese told the high chief that it had been a week since the body of their friend was found dead inside an abandoned house in Vaitogi and they still haven’t heard from the police about an update on their investigation.

They also told the high chief that it appeared from the injuries on the victim’s body that a sharp object was allegedly used to kill him. It’s not clear as to how the Vietnamese found the body of their friend in the abandoned house.

A government official said that this island is too small for things to go unnoticed and there must be solid pressure from behind that causes people to act with such violence.

Samoa News will report details once the government paperwork in the case is available.