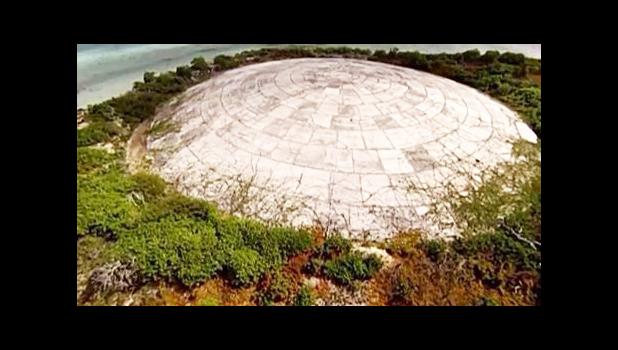 Bikini Atoll, MARSHALL ISLANDS — New research suggests the soil on four isles of the Marshall Islands have higher concentrations of nuclear radiation than is found near Chernobyl.

The Marshall Islands is where the United States conducted its nuclear testing in the 1940s and '50s.

The research, published on Monday by Columbia University's Center of Nuclear Studies, shows high concentrations of gamma radiation and significant levels of plutonium and other radiactive isotopes on and around Bikini Atoll.

Coconuts in the Northern Marshall Islands also show higher caesium levels than fruit near Chernobyl and Fukushima, sites of significant nuclear disasters in Ukraine and Japan.

Auckland University's David Krofcheck said it was the first large-scale investigation into the distribution of radioactive material left over from the American nuclear weapons test era.

"Just like we kind of thought, the Columbia University group did a nice job and showed that some of these islands, the atolls - Bikini in particular - are just still probably just too, too hot radioactively, with radioactivity for long term resettlement," he said.

Dr Krofcheck, who was not involved with the research, said the southern part of the country, where most people live, is much safer with radiation levels comparable to New York.