Not a single question asked during DHSS director’s confirmation hearing 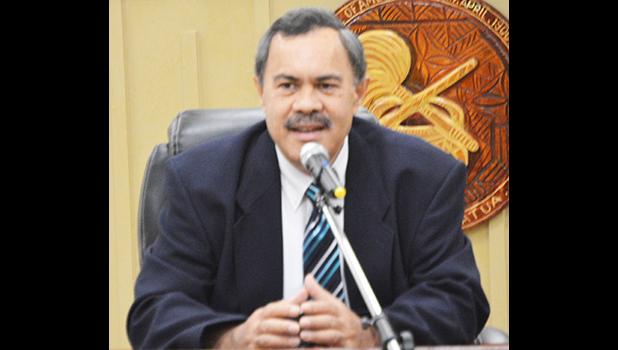 Several faipule were expecting a tough and long hearing for the Governor’s DHSS nominee due to the file of documents that was circulated in the House chamber last week.

The file that came to the chamber ‘anonymously’ is a compilation of records for grants allegedly awarded to a non profit organization to which Muavaefaatasi is tied, however, the hearing lasted only 17 minutes after chair of the House HSS Committee, Swains Faipule Su’a Alexander Eli Jennings made it clear several days ago that the confidential file would not be part of the confirmation hearing.

Jennings welcomed the nominee and invited him to greet the committee first before he discussed any new programs.

But while Muavaefaatasi was explaining to the committee new federal funds and new programs that will benefit local residents, Vice Speaker of the House, Fetu Fetui Jr interrupted and informed Muavaetasi that they are already well aware of his service to the territory and he wanted to congratulate Muavaefaatasi for his service and also his staff for a lot of new programs that benefit the territory.

Fetu then made a motion to waive the hearing and allow the witness along with his staff to continue their service — and to let faipule do their job.

The motion was fully supported by committee members and the confirmation hearing concluded.