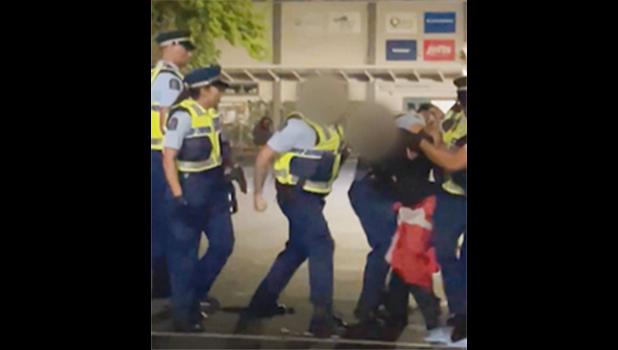 Auckland, NEW ZEALAND — Footage has emerged of an officer appearing to strike a man near the Toa Samoa fan zone with his knee, then attempt to punch him in the head while he was in police custody.

The incident took place near the Ōtara fan zone at 2am, ahead of the Rugby League World Cup finals.

Bystanders can be heard urging the police to stop, shouting: "What the f*** was that?" as the man is escorted away by the officers.

One witness who filmed the incident, and wished to remain anonymous, told 1News she saw it unfold as she and her family were walking to their car.