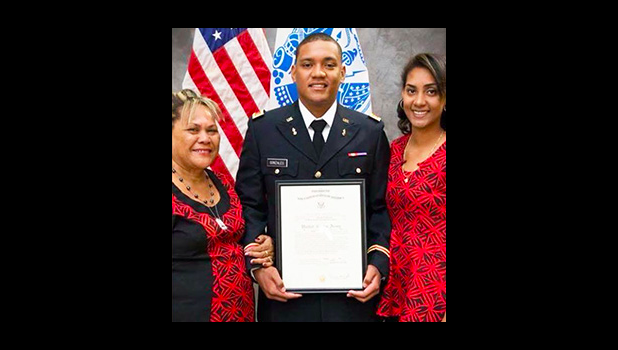 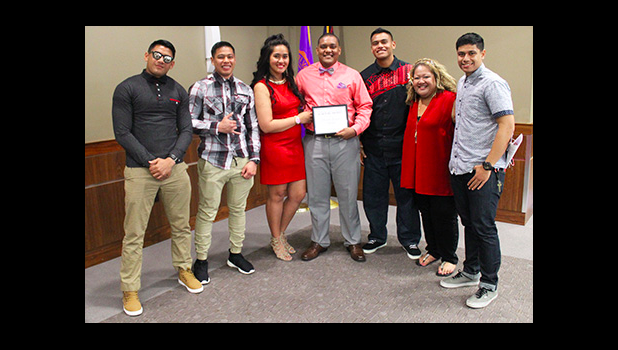 My name is Caroline Schuster and I am writing in the hope that Samoa News would publish information about one of the greatest students here at Missouri Valley College.

Among those who were honored, was American Samoa’s very own Ricardo Gonzales.
Out of 2,500 students attending Missouri Valley College, only a few are selected to receive this award. Ricardo Gonzales, son of the late Miguel and Eve Gonzales hails from the village of Aua, American Samoa and is an alumnus of Fagaitua High School. He is now a Second Lieutenant in the United States Army.

Gonzales was a member of the Phi Theta Kappa, a Dean’s list honoree, and is President of the Islanders Club. He transferred to Missouri Valley College in the fall of 2014 from Wentworth Military Academy and was chosen by the Board of Trustees as well as his professors as the number one student in his major, Criminal Justice.

He was honored on Thursday, April 7, 2016 as the Top Scholar in Criminal Justice. He is the first American Samoan student in Missouri Valley College to be honored with this award, and he said he was honored to represent his hometown (Aua) and American Samoa.

A few of his family members were there to witness his day as he walked the stage and received his award, and they acknowledged that they were “very proud of such a great young man.”

Gonzales will be graduating with a Bachelor of Arts in Criminal Justice and a minor in Sociology. He intends to further his education while serving as an Active Duty Officer in the U.S Army.

He noted that he would like to dedicate his award to a few individuals who made his dream a reality, namely, his spiritual pastor Rudolph Tilo and the late Telesia Tilo for always encouraging him and building him into a spiritual individual and a man of God. He also wanted to dedicate it to his family and friends, his sister Germania, brothers Richard and Miguel, aunts and uncles around the world and especially his parents, Eve Gonzales and the late Miguel Gonzales for always pushing him, and for all their prayers.
Gonzales would also like to thank the Faculty at Fagaitua High School for guiding him on the right path to success. He would like to thank Suaese Pooch Taase and the staff at Fagaitua for not only teaching him how to be humble but also teaching him great life lessons.

He also sends his heartfelt acknowledgements to SGM Ahing, SFC Leutele and SSG Fiso and the ROTC Department at Fagaitua High School for helping him be successful in his career. Without them, he would have never accomplished such a great honor.

Gonzales says he would like to motivate young people of American Samoa to try their best and believe in God because God will answer all their prayers.