“THANKS FOR LISTENING — BE BLESSED” 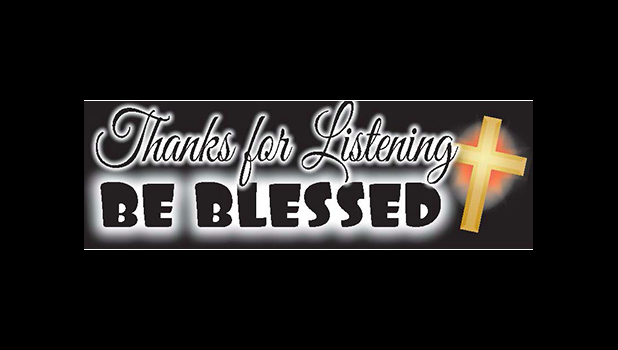 A friend of mine suffered an unimaginable loss the other day. His oldest son murdered his wife and younger son. The older son then killed himself. In a matter of seconds his family was gone and his life was changed forever. I can't even begin to comprehend a loss such as that. How do you even begin to process it all?

He is a man of strong faith but even the most faithful of us would have our core shaken by such an event. I reached out to him and told him we were standing in the gap and lifting him up in prayer. He replied and said please pray for him because he’s in so much pain. Then he ended his text by saying ‘but I know God got me’. I was in awe of his strength and faith that even in the middle of his darkest hour he was clinging to his faith.

It reminded me of the story of Horatio Spafford. He was a wealthy man and a devout Christian who lived in Chicago in the 19th century. He was a successful lawyer who had it all: a beautiful home, a wife and five kids, a son and four daughters. Then one day his son got sick and died. Soon after his home and most of his real estate investments were destroyed in the great Chicago fire of 1871. A few years later he planned a vacation to Europe with his wife and four daughters. Something came up at the last minute and he sent his wife and four daughters ahead to Europe. The boat they were on sank and all four of his daughters drowned. Only his wife survived.

As he sailed across the Atlantic to see his wife, the boat he was on crossed the exact spot where his daughters had perished. It was at that spot where he penned the words to the famous hymn ‘It Is Well With My Soul’. It's ironic that those words that came out of a tragedy would give comfort to millions of people who are suffering.

The first verse says, 'Whatever my lot, thou hath taught me to say, It is well it is well with my soul.' Only a relationship with God can make you say God got me in the middle of the storm. Find comfort in knowing that no matter you’re going through, God got you.

Thanks for listening. Be blessed.