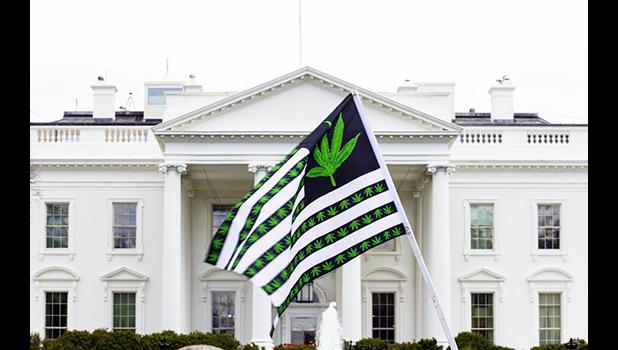 On October 6th, President Biden announced he would be pardoning all prior federal offenses of simple marijuana possession and instructed members of his cabinet to begin work to change how the drug is scheduled under federal law. He also called on Governors around the country to use their clemency powers to pardon those convicted of simple marijuana offenses.

Additionally, due to a misguided 2019 ruling by the High Court of American Samoa, CBD oil is considered to be marijuana under territorial law, even though CBD oil is not illegal under federal law and CBD oil cannot make a person high.

However, Governor Lemanu should not just issue pardons to erase past convictions, he should also go further and call on the Fono to legalize, or at the very least decriminalize, marijuana in American Samoa. There are multiple reasons our islands would benefit from this change.

First, American Samoa has a drug problem. As an attorney I have seen the violence it has caused, the families it has torn apart, and the lives it has ruined. However, the drug I speak of is not marijuana, it is methamphetamines.

Though marijuana is not completely harmless, it causes fewer problems, and fewer deaths, than alcohol. Methamphetamines, on the other hand, are far more harmful than either alcohol, or marijuana and its usage in American Samoa has hit crisis levels in recent years.

Our island’s judges, lawyers, and police do not have unlimited time or resources. Indeed, due to a variety of reasons, including the COVID 19 pandemic, the High Court currently faces a long backlog of criminal cases. Any effort put into to marijuana cases clogs up our court system and wastes precious resources that could be dedicated toward countering the use of methamphetamines and other problems that pose a much larger threat to our islands.

Second, American Samoa isn’t just wasting resources by locking up people for using marijuana, it is losing out on money it could be making through taxation if marijuana were legalized. State after state, (and now with legalization in Guam and the Northern Mariana Islands, territory after territory) have seen huge influxes of revenue after legalizing Marijuana and taxing its sale.

Our territory has a much smaller population and would have fewer sales then even Alaska, but depending on how our taxation system was set up, the American Samoan Government would likely be able to collect somewhere between $650,000 and $2,000,000 in additional tax revenue each year if our per capita sales occurred at similar rates to other jurisdictions. This money could be used to address many of the problems our islands currently face.

Third, and finally, legalizing marijuana will help keep American Samoan families together. I do not mean to suggest that marijuana usage is good for families. But prison time is far more harmful for family cohesion than marijuana usage. A father who smokes a joint after work every Friday can still take his kids to a football game on Saturday, to church on Sunday, and to school on Monday. A father sitting in a cell in the Territorial Correctional Facility cannot.

When our territory locks up individuals for half a decade for an offense as minor as marijuana possession, it is not just that individual who suffers, it is their entire family, and oftentimes their entire community. Moreover, children of single parents are more likely to commit crimes than children who grow up with both parents. So these arrests, which needlessly tear people away from their families, make our community less, not more, safe in the long run.

Our elected leaders are often faced with difficult decisions that involve complex tradeoffs and reasonable arguments in favor of multiple sides. However, this decision is not one of them. If they follow President Biden’s lead, Governor Lemanu and the Fono have the opportunity to improve our public safety and financial wellbeing by ending our territory’s outdated policy of criminalizing marijuana and pardoning those who have already been victimized by it.

[Editor’s Note: Last Thursday, President Biden called a partial truce on the U.S "war on drugs" when he issued an executive order that pardoned every person in federal custody for possession of marijuana. He in particular, pointed at the absurdity of having people in prison for possessing a substance that is now legal all over the country. The president said:

“No one should be in jail just for using or possessing marijuana. It’s legal in many states, and criminal records for marijuana possession have led to needless barriers to employment, housing, and educational opportunities. And that’s before you address the racial disparities around who suffers the consequences. While white and Black and brown people use marijuana at similar rates, Black and brown people are arrested, prosecuted, and convicted at disproportionate rates. Too many lives have been upended because of our failed approach to marijuana. It’s time that we right these wrongs.”

The High Court of American Samoa has voiced the need for the Fono to take another look at the Territory’s drug statutes — as they give no leeway for the court to shape sentences on a case-by-case basis. For example, the statutes do not differentiate penalties between suppliers and users, nor between the types or quantities of drugs the person is charged with possessing. Unfortunately, an attempt by the Fono to ‘tweak’ the statutes (about 2- 3 years ago) only led to further discussion of making the penalties even harsher.

There is an obvious need for American Samoa to amend its drug statute(s), as the current one is having no affect on the rise of illegal drug use and sales — as cases continue to climb and repeat offenders are common. Then, there are the robberies and the assaults, as well as the sexual abuse due to amphetamine use.

The emphasis to punish vs. to treat is status quo in the territory and I believe will continue to be the case as long as the feds supply the money to support this point of view.

Which brings us to a thought: With Biden issuing an executive order that pardons every person in federal custody for possession of marijuana, does this mean it will no longer supply money to enforce marijuana laws? ra]

Harootunian is an Attorney based in Pago Pago and a former clerk for the High Court of American Samoa.