Shhhh! It's okay to not be okay: Breaking the silence on Child Sexual Abuse in American Samoa 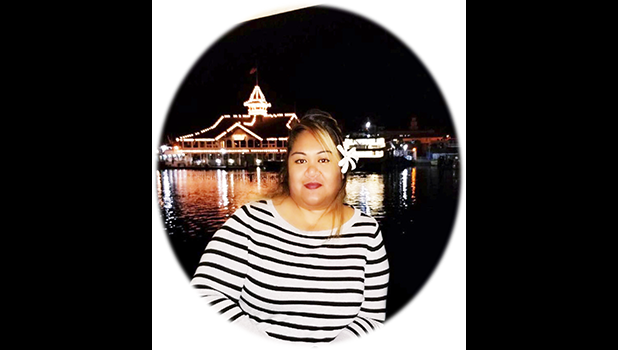 By
Kuini Tuaau, MSW, Doctor of Social Work Candidate
Reprinted with permission from her blog post

Child sexual abuse is a global social problem in the Pacific Islands, including American Samoa. There is very little data, if any, on the incidents of child sexual abuse in American Samoa, and the reason is the lack of disclosure. American Samoa is known as a paradise in the Pacific, but the beauty of this verdant tropical paradise conceals a dark secret. Family violence seems to be the root of child sexual abuse in Samoan families. People don’t speak up because they think violence is sexually acceptable. Some don’t speak up because of the stigma associated with the social issue and the fact that it brings shame to the family culturally.

When I graduated from the University of Hawaii Manoa in 2006, I didn’t know which career path I wanted to take. Fast forward four years later, I found my passion while working with children in the foster care system in California. The work I did was rewarding, and as an islander born and raised in American Samoa, I always wanted to give back to the community, but I didn’t know how. Year after year, I’ve seen on social media and other online outlets that the growing number of incidents of child sexual abuse increases. The sad part about it is that the incident does not come to light when it happened. I decided to research why child sexual abuse seems to be growing in American Samoa; however, there has been little to no research done in the past due to the lack of data. To gain an understanding and knowledge in researching social issues, I decided to pursue my Doctoral in Social work at California Baptist University.

Child sexual abuse has been a highly publicized and controversial topic in many countries, including the Pacific Islands. This is due to the vulnerability of the children who are victims of child sexual abuse. The silence around the problem is an ultimate concern culturally. It brings shame to the family and the village if it's disclosed. The victims of child sexual abuse in American Samoa rarely report their abuse, and when they do, they are often not believed. Reporting such an incident can cause extreme pressure and stress within the family, even arguments. This leads the victims to prolong their pain of suffering from the abuse and eventually carries the pain of the abuse for many years. The perpetrators are close family members. Other common perpetrators include teachers, pastors, neighbors, and friends.

In closing, as I continue with my journey in the Doctoral of Social Work program, it is the hope that one day, I will be able to contribute to the solution to the social issue of child sexual abuse in American Samoa, where my heart is as the Samoan saying says “E LELE LE TOLOA AE MA’AU ILE VAI”