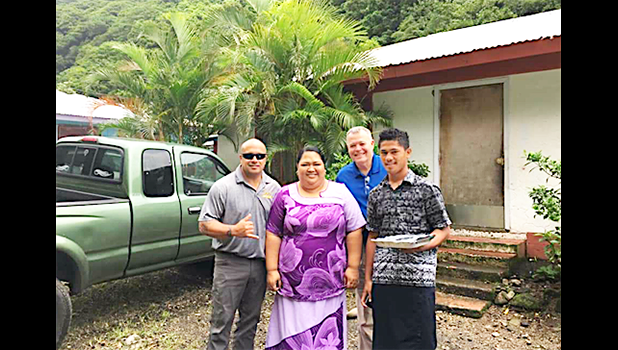 Pago Pago, AMERICAN SAMOA — Last month, a US Navy Commodore (West Region) accompanied by other US Navy officials made it a point to visit the proud mother of two local boys who have ultimately made the decision to be part of the US Navy.

Mrs. Asoiva Togafau (center), who lives in Nuuuli and is a preschool teacher, is the mother of John and Ricky Leulu (far right).

Ricky graduates this year and is set to depart for boot camp in August. He is a student at Tafuna HS and has already been sworn-in. His older brother John entered the US Navy on active duty status last year. A graduate of Manumalo Academy, John is currently stationed in California at Point Mugu.