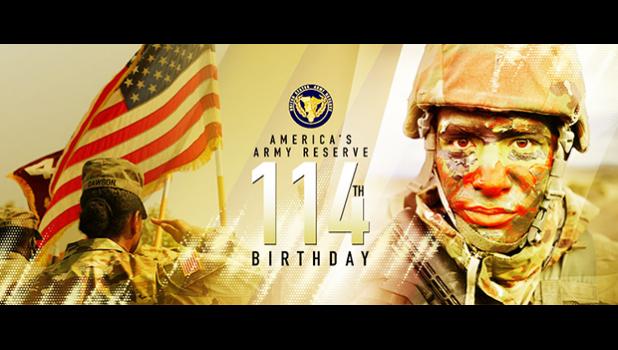 Washington, D.C. – Congresswoman Uifa’atali Amata issued the following statement in recognition of 114 years of service by the U.S. Army Reserve and those currently serving in American Samoa:

“Along with all Americans, I celebrate the 114th birthday of the US Army Reserve. The Army Reserve is an institution unlike any other in the military. It is made up of regular citizens who stand ready to answer the call of duty and, once the job is done, return home to civilian life. This service can be summed up in three simple words that every American Samoan Reservist knows- ‘Go for Broke!’ This call, used by thousands of service members since World War II, means to give all that you have for a higher purpose.”

“This ethos is evident in American Samoa, which has the highest rate of enlistment of any state or territory. Hundreds of American Samoans are part of the Army Reserve’s IX Mission Support Command, which maintains a Reserve Center on-island. Over the course of the Army Reserve’s presence on our island, thousands of American Samoans have donned the uniform, and many have deployed as part of major combat operations, including in Iraq and Afghanistan. A select few have given their lives for our country, and we still remember their sacrifices.”

“While we always celebrate our men and women in uniform, today I celebrate the US Army Reserve for 114 years of patriotic service. I thank all our current Reservists, our veterans, and the Toa o Samoa who continue to defend our country.”

[Samoa News extends its best wishes on the 114th birthday of the US Army Reserve men & women, and especially our local reservists, past & present, stationed at the Konelio Pele US Army Reserve center in Tafuna — we thank you for your continued service in our defense.)