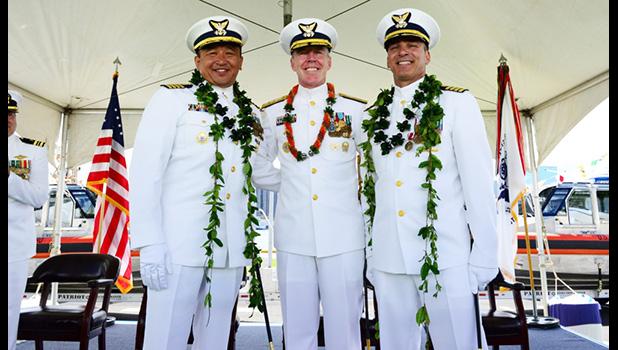 Rear Adm. Kevin Lunday, commander Coast Guard 14th District, presided over the change of command ceremony. A change of command is a military tradition that represents a formal transfer of authority and responsibility for a unit from one commanding or flag officer to another.

Avanni is arriving from Washington D.C. where he served as the senior advisor to the deputy secretary for the U.S. Department of Homeland Security with responsibility for managing day-to-day operations for the department which has over 208,000 employees and an annual budget of more than $48.5 billion. Before that assignment, he was the Coast Guard’s federal executive fellow at the Brookings Institute, a top-rated think tank in Washington D.C.

He is a 1994 graduate of the U.S. Coast Guard Academy achieving a Bachelor of Science in management. He also holds a Master’s degree in national security and strategic studies with an emphasis in asymmetric warfare from the U.S. Naval War College. Most recently, we received a graduate certificate in public leadership at Brookings.