PV2 Mutini gets his wings at Ft. Eustis, Virginia 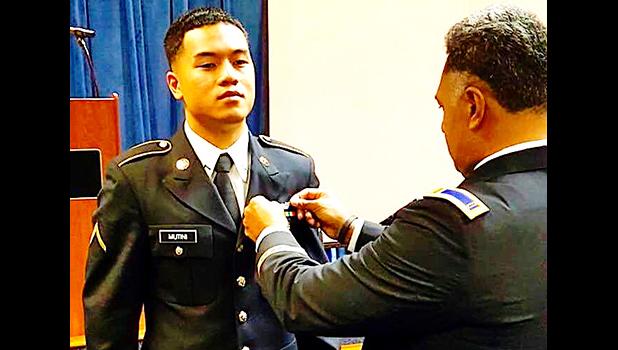 Mutini is a graduate of Manu’a High School.

His military life — so far — has taken him from boot camp in Ft. Jackson, South Carolina to Advanced Individual Training (AIT) in Ft. Eustis, Virginia. His first duty station will be Fort Stewart, Georgia.

"We are all very proud of PV2 Nikolao Mutini, who will now serve in the U.S. Army as an Aviation Aircraft Powertrain Repairer," said his proud mother Dr. Akenese yesterday in response to Samoa News inquiries. "May God bless him always."

It was Akenese's brother John who pinned her son's wings during the momentous ceremony yesterday.

Samoa News cannot confirm if there have been any other Samoan Black Hawk pilots — besides CW5 John Nikolao — but according to Akenese, her son is "thinking of going that route too."

Good luck PV2 Mutini  and thank you CW5 John Nikolao for your service!