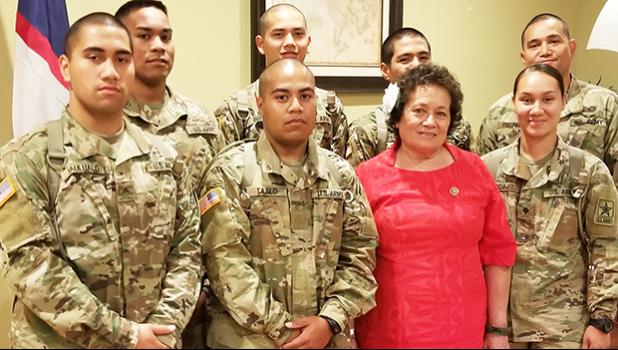 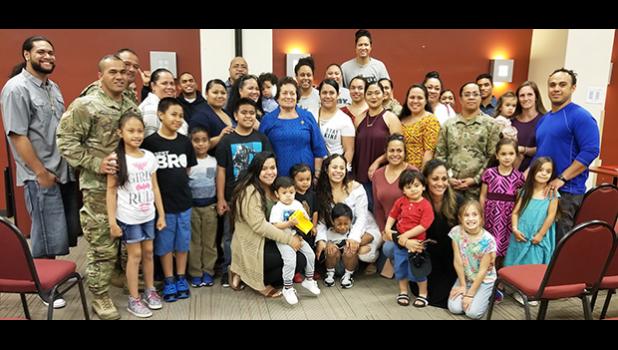 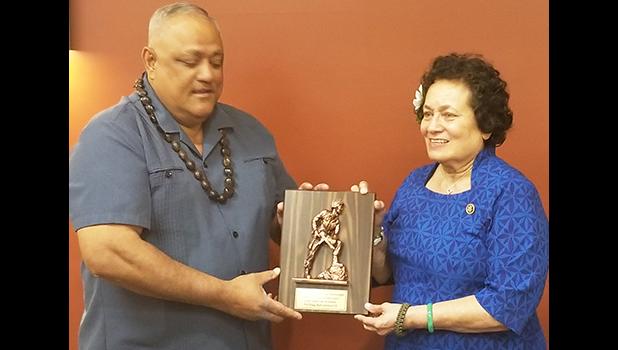 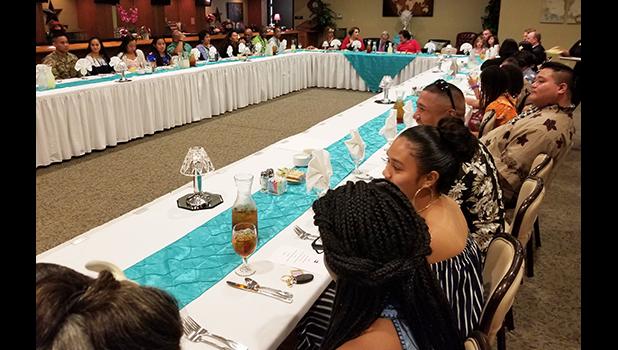 Washington, D.C. – Last week, Congresswoman Aumua Amata had the opportunity to spend time with soldiers from American Samoa and their families as part of her tours and briefings at major forts in four states along the U.S. East Coast, along with visits to a VA Center and a Catawba Reservation, and opportunities to join American Samoan communities throughout Florida, including Orlando and Fort Lauderdale.

“We can usually expect a major U.S. Army installation to have plenty of soldiers from American Samoa because of our remarkable enlistment rate, and this trip was no exception!” said Aumua Amata. “I always enjoy greeting them all on behalf of everyone back home, and just letting them know we’re all very proud of them and that we’re thinking of them and all they do. Congress strongly supports our men and women in uniform, and I was pleased that a recent government funding bill that was signed into law included a 2.4 percent pay raise for our troops, and increases for veterans’ services.”

Specifically, the Congresswoman visited Fort Lee, Virginia; Fort Bragg, North Carolina; Fort Jackson, South Carolina; and Fort Stewart, Georgia. In conjunction with her roles on the Natural Resources Committee and the Veterans Affairs Committee, she also visited with the Tribal Chairman and Council at the Catawba Indian Reservation in Congressman Ralph Norman’s District in South Carolina, and the Fayetteville VA Center in the Virginia District of Congressman Richard Hudson. Finally, she was able to meet with the American Samoan communities from several major cities throughout Florida.

“Each of these forts has a distinct mission, so a tour and briefing from leadership at one includes entirely different information from another,” Congresswoman Amata continued. “I so appreciate Chairman Wilson’s hospitality and each of the Members of Congress from these districts as they represent these communities, and we work in support of our troops and veterans.”