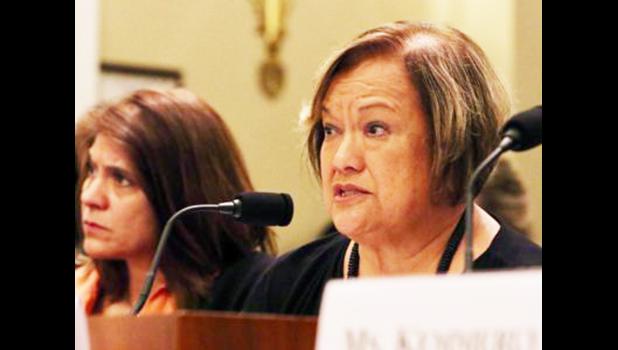 Honolulu, Hawaii — Days after taking office, President Joe Biden signed a sweeping new executive order to conserve 30% of the nation’s total land area and 30% of all waters it controls by 2030.

It’s not yet known how the so-called “30 by 30” plan — a bold if daunting goal to protect more of the planet’s natural environment and biodiversity — will affect Hawaii and U.S. Pacific territories. The report on how to even approach the conservation target isn’t supposed to be done for another 30 days or so.

Nonetheless, commercial U.S. fishing interests across the Pacific are already watching closely, and members of the council that oversees those interests bristled last week at the idea of expanding the vast ocean region’s protected areas.

That group, the Western Pacific Regional Fishery Management Council, is eager to learn more about the Biden order, dubbed “Tackling the Climate Crisis at Home and Abroad.”

It wants to know exactly what defines “conservation” under the Biden 30 by 30 plan — and whether it would lead to more no-fish zones such as the one within the largest conservation area on earth: the Papahanaumokuakea Marine National Monument, which encompasses the Northwestern Hawaiian Islands.

According to Wespac’s longtime executive director, Kitty Simonds, the group also intends to inform the Department of the Interior of the actions it’s taken since the 1990s to help protect the Pacific ecosystem.